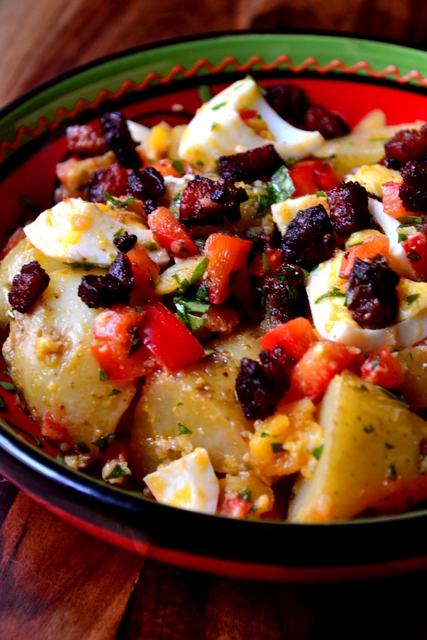 Though allowing delicious new potatoes to be swallowed whole by irresponsible amounts of mayonnaise is tantamount to spud-blasphemy, a heavier rendition is often desirable. We first had this Chorizo and Potato Salad during a recent trip to Spain. Full of protein, carbs and – most importantly – flavour this satisfying salad was just the ticket having just stepped off a delayed flight.

END_OF_DOCUMENT_TOKEN_TO_BE_REPLACED 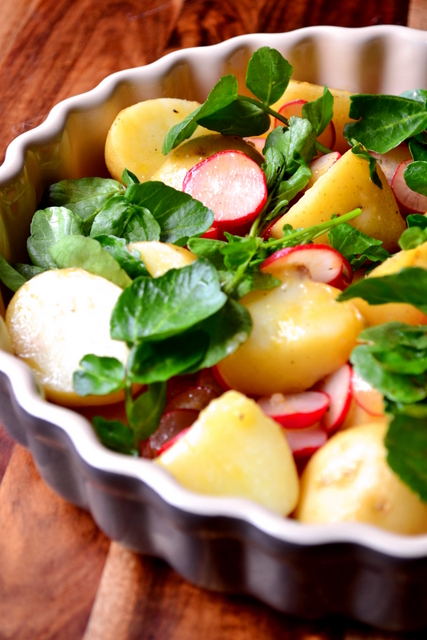 As the weather begins to warm up – there are far fewer frost days once April comes around – grocers and even – shudder – supermarkets across the country begin to stock all manner of wonderful seasonal ingredients. Two of my favourites? You guessed it. This recipe for Radish, Watercress and Potato Salad highlights the best bits of British food in April/May.