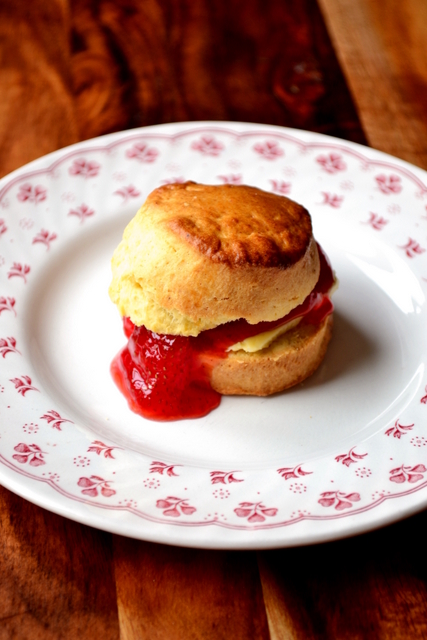 Making the perfect scone really isn’t that difficult, because all you’re really looking for is that risen look, as though someone has tried, but failed, to pull apart the top and bottom of the scone. If the unknown entity has succeeded in its endeavour, then I’m afraid you have spectacularly failed in yours. To be honest, if followed correctly this recipe should give you the perfect traditional scones straight off the bat. Don’t be deterred if it doesn’t – things don’t always go quite according to plan.

END_OF_DOCUMENT_TOKEN_TO_BE_REPLACED I discovered a recipe a while ago, though I can’t remember from where, for a really simple bulgur wheat salad. The perfect opportunity to make it arose today when I realised I hadn’t soaked my split peas, with which I had intended to make a chana dahl. This dish really is incredibly simple, delicious, healthy and quick. It also contains bulgur wheat which is, at the moment, one of my favourite foods. Bulgur wheat is filling, healthy and very versatile, not to mention the fact it has a much better taste than couscous, its man-made equivalent.

END_OF_DOCUMENT_TOKEN_TO_BE_REPLACED I had previously posted a recipe for meatballs, but after tasting these I had to replace the original recipe as this dish was incredible. These meatballs were astoundingly succulent, light and delicious – the perfect accompaniment to the tomato sauce I posted yesterday. Alas, they are not entirely my own invention as the recipe is an adaptation of a Jamie Oliver recipe, taken from his first book The Naked Chef. Jamie’s method of cooking his meatballs appealed to me, by doing them in the oven surrounded by sauce there is absolutely no way they are going to dry out.

END_OF_DOCUMENT_TOKEN_TO_BE_REPLACED