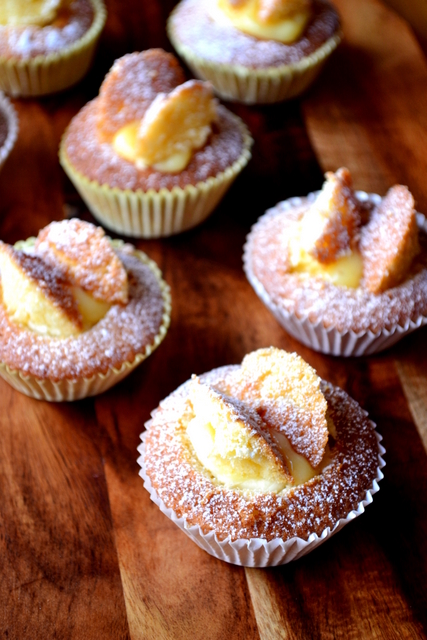 Filled with a spoonful of buttercream and a dollop of zesty lemon curd, these Lemon Curd Butterfly Cakes are a delicious teatime treat. So quick and easy is this recipe to whip up, you’ll barely notice that your buns have flown off the plate. Perhaps literally.

END_OF_DOCUMENT_TOKEN_TO_BE_REPLACED

Just a quick note to say that my first ever guest post has now been posted at Fork and Beans. It’s a really delicious recipe and deserves some love, despite the fact it’s not appearing here. Be warned – it contains very little, being at once gluten-free, dairy-free, grain-free and vegan! I hope you enjoy both this recipe and the rest of Cara’s fantastic, and slightly insane, blog. END_OF_DOCUMENT_TOKEN_TO_BE_REPLACED

Since today is Easter Sunday I thought I’d simply wish you all a happy Easter and allow you all to look upon the wonderful creation that is my Easter cake. There really isn’t much to say regarding this creation, it’s made of copious amounts of chocolate and that’s all the information one needs. However, see if you can spot the little not-quite-so-secular Easter themed nod hidden within. Have a lovely day and don’t binge too much.

For another wonderful recipe inspired by Easter, check out my recipe for Hot Cross Bread and Butter Pudding

END_OF_DOCUMENT_TOKEN_TO_BE_REPLACED

Rock cakes are probably the biggest running joke of the baking world. As a result of their name they are assumed, mainly by children, to be extremely hard and rather inedible. However, there is a reason why they have become both popular and famous throughout the world; they are utterly delicious.