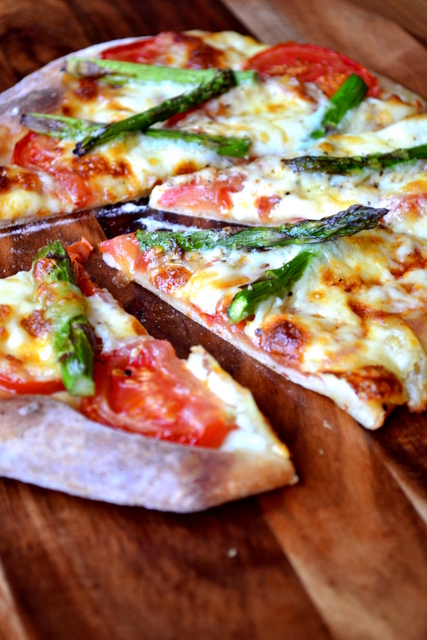 Good quality, flavoursome ingredients are always better cooked simply. What’s the point in drowning the delicate, unmistakable flavour of asparagus in a rich sauce or heavy dressing? Instead, enjoy such wonderful produce cooked in butter, or as the main event on top of an Asparagus and Mozzarella Pizza.

END_OF_DOCUMENT_TOKEN_TO_BE_REPLACED END_OF_DOCUMENT_TOKEN_TO_BE_REPLACED

One of the main advantages that accompany a cast-iron pan is its innate ability to be tossed willy-nilly into an oven without incurring considerable damage. Without such an implement one has to, when making a frittata or something similar, go through an occasionally embarrassing egg-flipping process. As such, it is clear that once one has received such a useful gift one is obliged to put it through its frittata-making paces. This must seem like incredibly old, and thus ironic, news to the skillet veterans out there. However, for a novice, such as me, it is proving emotionally difficult to come to terms with how rapidly such an item can become entirely indispensable.