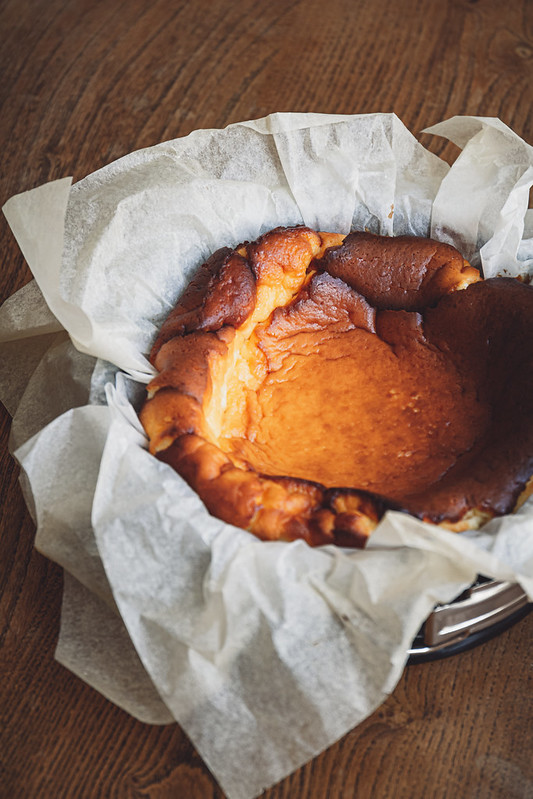 Food is at the very heart of San Sebastian, and nowhere is that more evident than in its Old Town. Littered with tiny Basque restaurants, it’s one of the very best places to enjoy the region’s famous pintxos washed down with a glass of extravagantly poured txakoli.

Walk into any bar or restaurant and you’ll almost certainly find the counter filled with row upon row of gilda, boquerones and tortilla de bacalao served in bite-sized portions. But not all are famed only for their savoury pintxos – La Viña has something else up its sleeve entirely.

Though unassuming, La Viña is perhaps the most talked about pintxos restaurant in San Sebastian’s Old Town. And for good reason – its Basque cheesecake, seemingly hundreds of which adorn its modest interior at all times, is absolutely to-die-for. 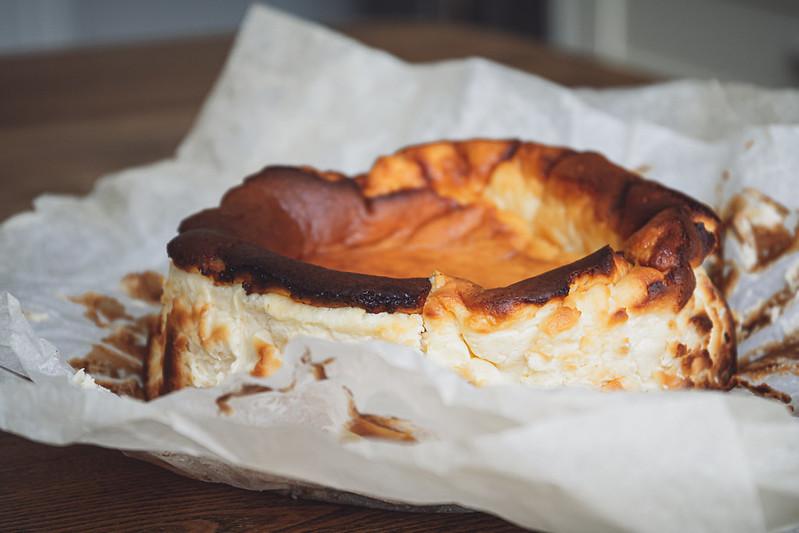 Often misshapen and always “burnt”, Basque cheesecake isn’t traditionally beautiful. But delve beneath its rugged exterior and you’ll find a creamy core, brilliant white and every bit as alluring as the world’s daintier cheesecakes. None are better than those served at La Viña – perhaps it’s the location – though many have tried to imitate. I’m no exception. 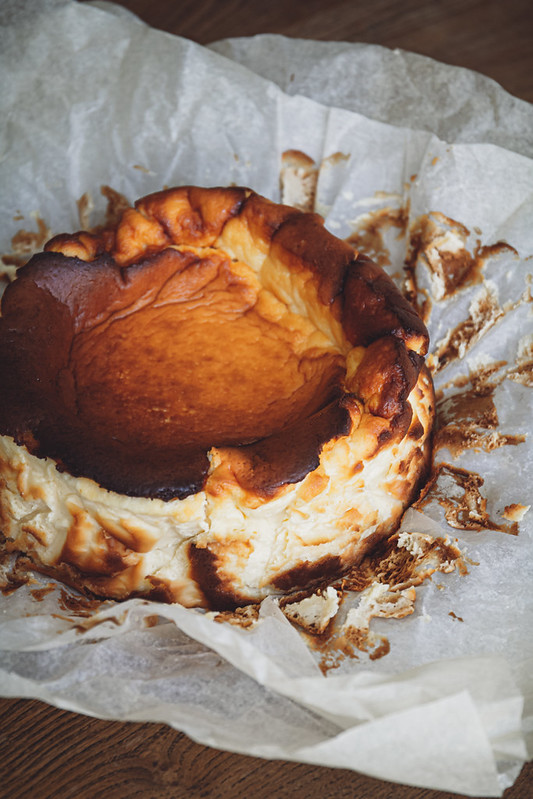 One thing’s for certain through all of this – you’ll struggle to truly mess up a Basque cheesecake. After all, it’s supposed to be cracked and burnt and “ugly”. Perhaps the worst thing you could do is not give it enough colour, or become impatient and serve it before it’s good and ready.

This cheesecake benefits from time – let it sit and settle. Serve only once set and appropriately indulgent.

Cost: Though rich and luxurious, a basque cheesecake isn’t indulgent in its choice of ingredients. This is about as simple as cheesecake gets – it hasn’t even got a base.

As luck would have it, simplicity often begets frugality and this recipe is doing nothing to challenge the status quo. Fancy a go at making your own slice of Basque life? Well, it’ll only cost you a hair over £5.

Thanks for posting this – I saw this recipe a few years ago (yours?) and thought I had copied it, but alas, no. So I am grateful for this copy which I will be keeping and baking soon!

looks like another “must make” for ne .. thank you!

I used to live near the Basque Country and enjoyed the occasional cheesecake. I’d forgotten about it till this post but reading brings back pleasant memories.

It’s such a beautiful area! We’re hoping to go back and explore more ASAP.

I hope you can!

Glad to see a new post! The cheesecake looks fabulous.

Oh my, this looks amazing! I love cheesecake, a definite weakness.

gotta make this one!!!