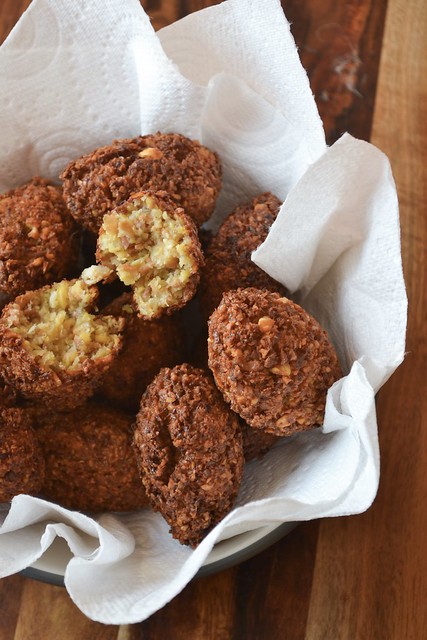 Falafel is, perhaps, the original street gourmet food of the Middle East. While its origins remain shrouded, the inimitably vague finger of academia has pointed to it being first made in Egypt, perhaps as a meat-substitute during Lent.

Whatever the beginnings of falafel, its popularity quickly spread throughout the Middle East and subsequently across the globe. It, for instance, represents the beating heart of Bristol’s burgeoning street food scene, providing sustenance for the city’s creative industries. 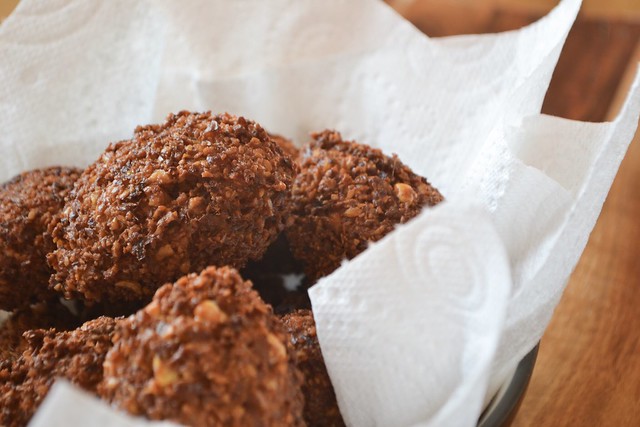 Though originally thought to be made using fava beans (the Egyptian way), falafel now more commonly features chickpeas. Either is good, though both present similar pitfalls. Indeed, if you’ve ever had falafel fall apart during cooking you’ve likely made the biggest mistake of all; using tinned pulses.

Falafel absolutely must be made using dried – and then soaked – chickpeas. The saturation of tinned chickpeas precludes them from being used in falafel. Don’t even try it, you’d be better off defenestrating your hard earned cash.

The other thing not to do is cook your chickpeas before frying the falafel. This isn’t necessary and will likely result in the same soggy mess as above. We usually soak twice the amount of chickpeas, divide in two and cook half for hummus (leaving to cool before blending) and leave half for falafel. 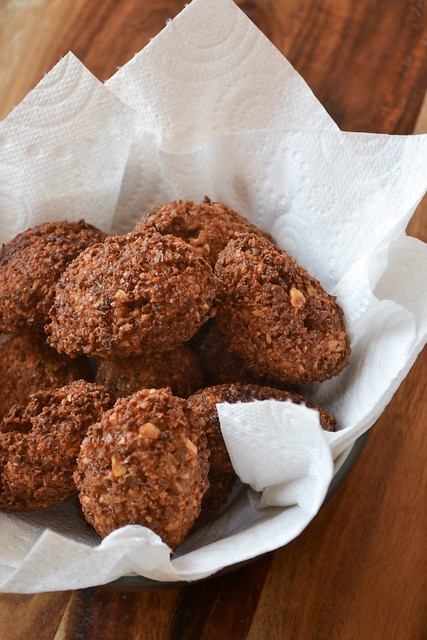 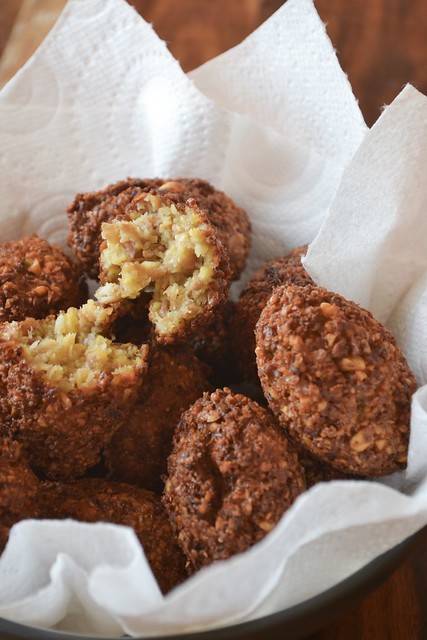 Cost: Simple vegetarian street food like falafel is always inexpensive. The simple fact you have to use dried chickpeas to make traditional falafel keeps the cost low.

You shouldn’t have to spend more than around £1 to make around 20, which is enough for 4-5 people. Those street food stalls are making an absolute killing.

Looks nice. I may try to make this. Thanks.

Love hear all your recipes! I will give the falafel a try!

Hooray!, you are back! Great recipe , as always. THank you

Thanks for this recipe. I’m crazy about falafel but have never made it.

Thanks for this! I made these a couple nights ago and quite liked them. (I need more ways to use this big bag of besan flour I bought.) When I buy felafel sandwiches, they often squirt a tahini based sauce on it. I’d like to try it with that next time. Is that just watered down tahini or is there something else to it?

Great to see you posting again!! Thanks for the recipe, I adore falafel. Do you think I could freeze some of the mixture before frying it?

A dish I like but have never tried to make. Thanks for the inspiration.

I love this recipie! Thanks for posting.