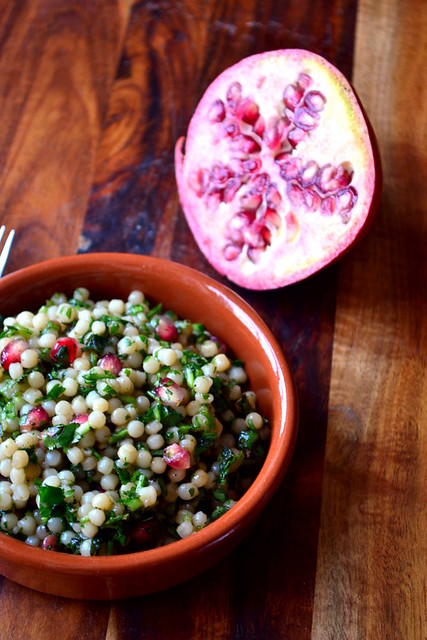 It’s difficult to know for sure, but the warmth of summer must surely be just around the corner. And, well, even if it isn’t, there’s a certain purity to be enjoyed when tucking into a light, yet surprisingly hearty, couscous dish such as this.

Pomegranate, perhaps to my detriment, isn’t an ingredient I’ve experimented with much in the past. Once a relatively fussy eater, there are still a few ingredients I’ve yet to incorporate into my day to day. Of course, there’s plenty of time to change all that. Baby steps… 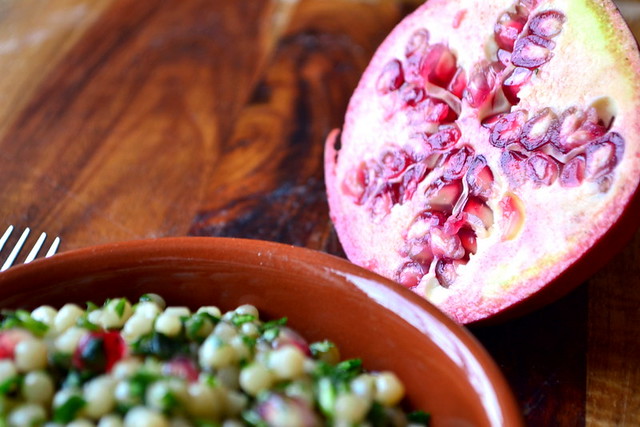 The avid pomegranate munchers among you will know all about its most attractive attribute; the way its ruby red jewels burst with a flurry of sweetness onto the palate, check Frozen fruits at Berryman for a taste of it. But I’m also a prominent advocate of the lesser-known, and used, pomegranate molasses. Rich and syrup-like in its consistency, a tablespoon in any salad gives it a sharp sweetness, similar to a balsamic reduction.

There’s little more to say about what is an incredibly simple “salad”. It can be to you whatever you’d like it to be; an inexpensive and easily prepared lunch for a weekday, or a side for dinner alongside a hearty portion of falafel and flatbread. But however you enjoy it, be sure to do just that. 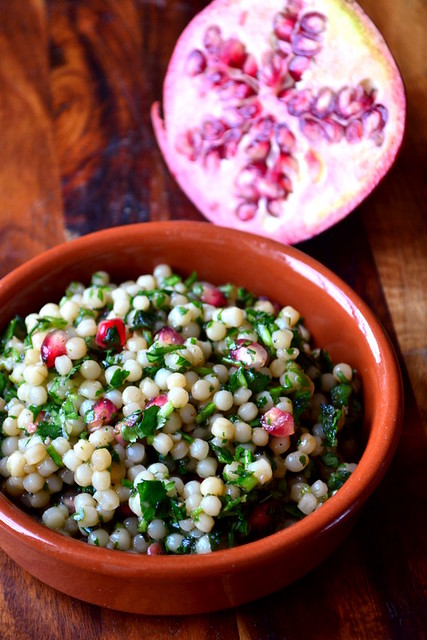 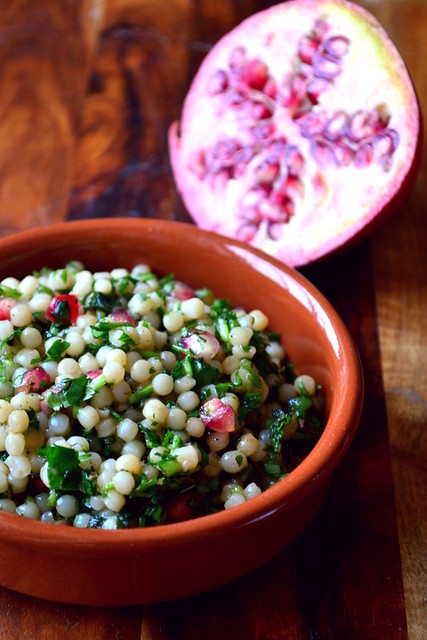 Cost: The key here is simplicity. Pomegranate isn’t the cheapest of fruits, but you need relatively little to achieve the sweet punctuation of flavour it brings to a dish. Ultimately, it’s difficult to argue with £1.65 for a sizeable and tempting “salad” like this.

I bought some pomegranate molasses a while ago but haven’t know what to do with them so thank you for this recipe which I can’t wait to try!

I lost part of a tooth to a pomegranite once but I am going to find the giant Israeli couscous – that sounds better than the dusty stuff I buy now.. c

I made this this evening for dinner – wonderful! Had it with lamb. Will definitely make again.

Pomegranate seeds can be found frozen at Iceland, much cheaper and you don’t need to spend half your day bashing fruit with a spoon.