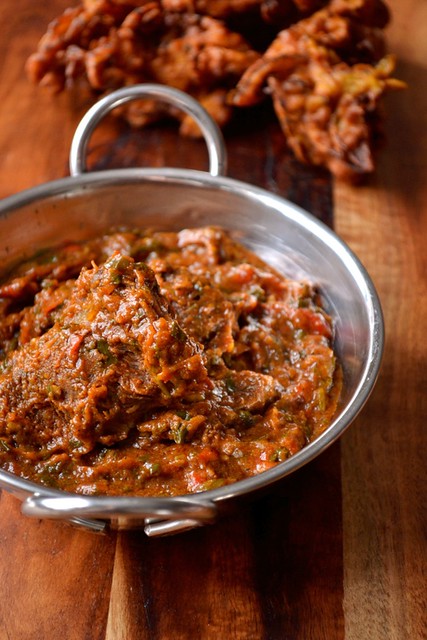 Big flavours. I’m a big fan. And there isn’t a better definition of generous flavour than a beef rogan josh. A staple of Kashmiri cuisine, rogan josh is a melting pot of aromatic flavour, with cardamom, star anise, cloves and cinnamon always in the mix. If you like your taste buds blown away, then stick around.

While rogan josh is, historically, a lamb dish of Persian descent, there is room for “experimentation”. For me, beef works just as well, particularly in the form of one of the less-frequented cuts; ox cheek, shin or even chuck. You may lose that aromatic edge, but it is more than made up for by the sheer meatiness of slow-cooked beef.

Indeed, the beef only adds to the incredible richness of a rogan josh, the base of which is thickened by generous lashings of tomato puree. And adding to an incredible depth of flavour is a little more garam masala than you might usually expect. But don’t be timid; heap your teaspoons and embrace the flavour. 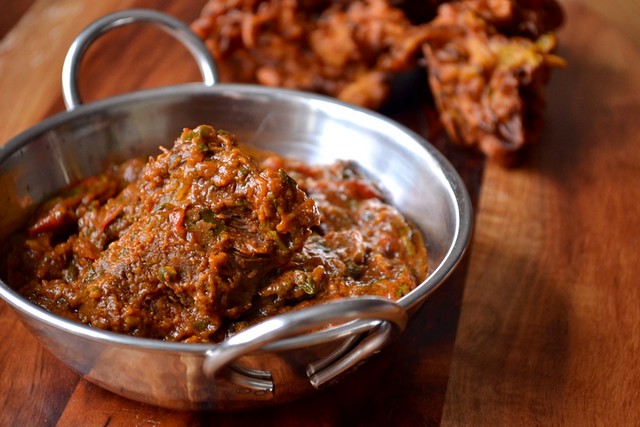 There is one danger, however. Yoghurt, even full fat, can split. And what you don’t want is minuscule chunks of curd in your curry. So, before you add the yoghurt, make sure you’ve given the rogan josh a minute or so to cool. Other than that, dinner couldn’t be simpler.

Need something to serve with your beef rogan josh? Try my recipes for onion bhajis, rajma chawal and naan bread… 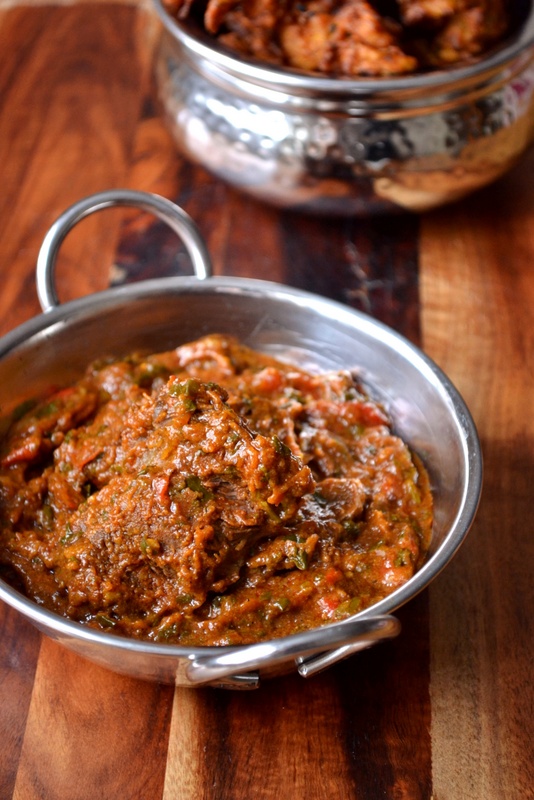 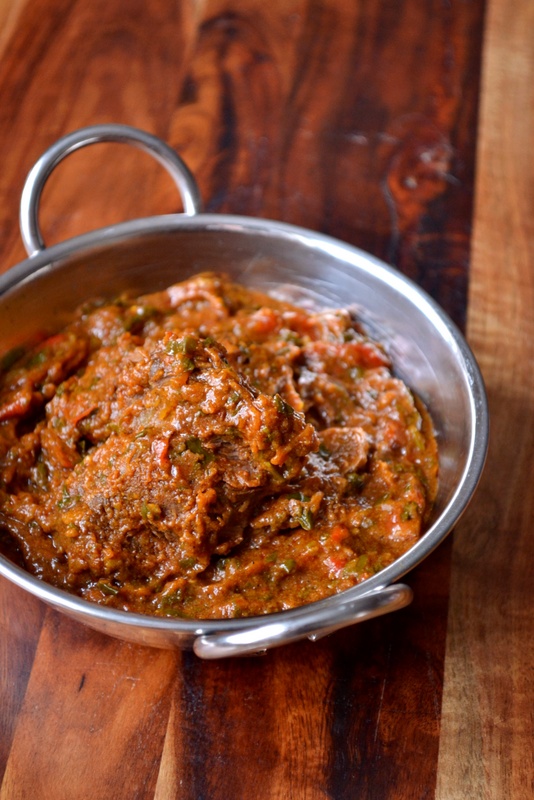 Cost: The cost of your rogan josh will come down to the cut of beef – or lamb – you choose to use. Assuming ox cheek – which comes in at around £7 per kilo – you shouldn’t expect to spend much more than £6.50. Not bad for a meal for four.

This looks and sounds so good. I will be trying this with beef this week for sure.

Great way to spice up a beefy recipe! I used to eat this “beef” with rice and naan every day for 3 months (from an Indian takeout) until I moved. The sauce was pure heaven. Now that I have your wonderful recipe, I may taste a little bit of heaven again!

First of all great blog I must say. Excellent dish! Made this tonight for the family and they really enjoyed the flavours.

Love your version of preparing beef! The colour of the dish looks so inviting!

found you by accident!! love your recipes,no takeaway this weekend, chicken chow mein
it is !

One of the worst internet recipes I have ever followed. DO NOT add the spices at the start – they burnt and ruined an otherwise good meal!

‘Gently fry’. I recommend following the recipe. Spices should almost always be added to a curry before the remaining ingredients. This method serves to bring out their natural oils and flavours. I’m sorry you didn’t enjoy my recipe, but prepared properly it is undeniably delicious.

Hi, great looking r cope, but I note you didn’t brown the beef in advance? Thx

I loved this recipe, very authentic, the meat melted in your mouth, delicious. I am cooking it again today with chicken this time.

Great recipe! Turned out so good. But j did throw in additional spices of the same above. Thank youuuuuuuu

Glad you enjoyed – this is probably my favourite curry!

This recipe looks delicious!
I wonder: with the coriander seeds, cumin seeds, and fennel seeds–do you measure the seeds out first and then grind them? Or are the measurements for the already ground spices?

I measure, then grind. Honestly? I don’t think it will matter hugely.