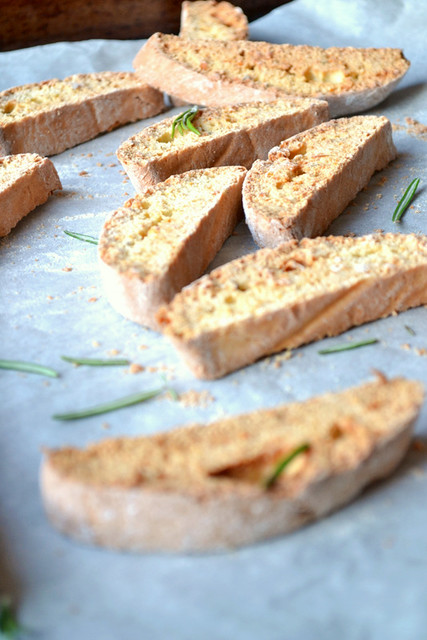 There’s this little Italian coffee shop in my hometown. The coffee is superb. The food perhaps even better. But look more closely and you find a jar labelled ‘biscotti – 12p’. They’re only small. You might even want to order 4 or 5. But in biscotti lies the ability to bring forth the best from a strong black coffee. Orange and Rosemary Biscotti? Perhaps even more so.

Classic biscotti, imbued with almond; they are one of my favourite “biscuits”. Twice baked for crunch and best soaked in a dark roast americano. Beautiful. But open up the possibility of changing the flavour of biscotti around and what you’re left with is a blank canvas with which to play.

Essentially flour, sugar and egg, biscotti doesn’t possess an element destructive to an flavour combination. There’s so much you can do. Be inventive. The Italian pantry is your oyster. Orange and rosemary is something of a classic combination; fragrance and citrus. 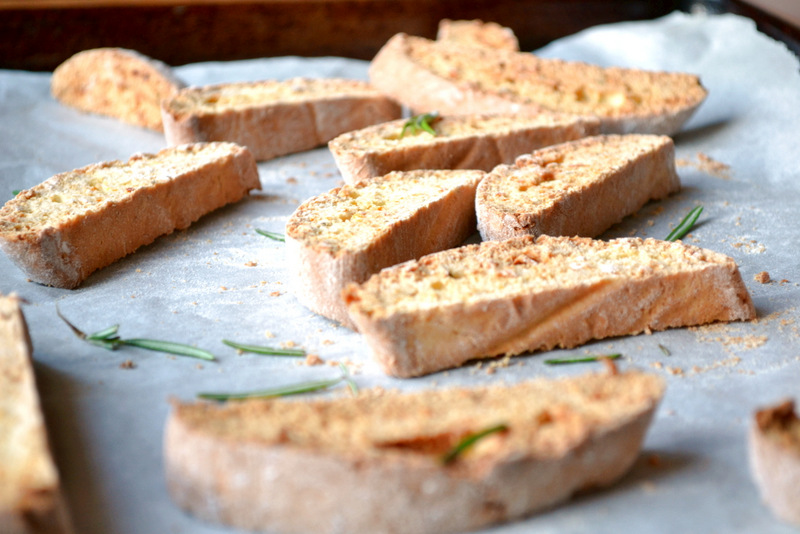 As you bite into your freshly made, particularly crisp biscotti the first flavour that reaches you is a subtle citrus orange taste. Nothing overwhelming, but just right. And as consistently as the orange fades, so comes through the fragrant rosemary, leaving its scent in your nostrils until washed away unceremoniously by a cup of filthy java. Bliss.

Making biscotti isn’t a difficult process. But it’s important not to over-bake the dough at the first stage. It wants to colour slightly and form a shell, but it needs to be soft enough to slice through without crumbling.

The second tricky part is knowing when your biscotti is done. Your little twice baked Italian biscuits needn’t be hard when they come out of the oven. But they jolly well should go hard – and hard throughout – once cool. We don’t want to break any dentures. 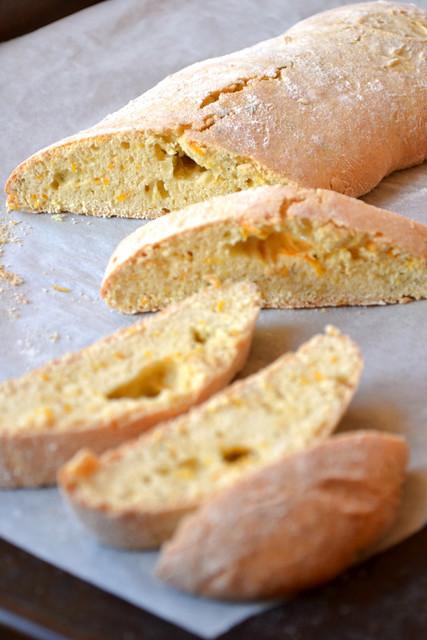 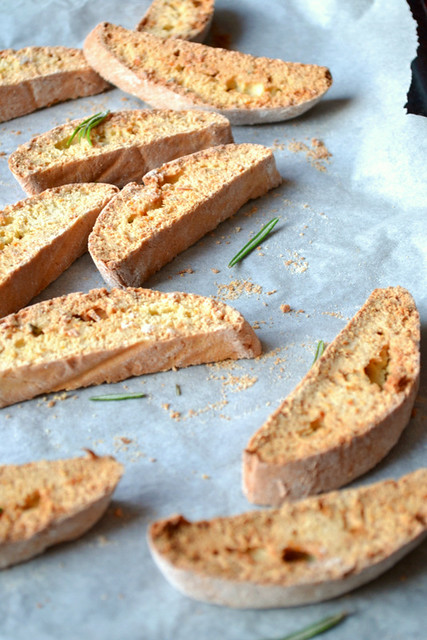 Cost: Perhaps the simplest of Italian desserts – If you can call biscotti a dessert – these little bites of heaven shouldn’t set you back much more than 80p.

24 replies on “Orange and Rosemary Biscotti”

What a fabulous flavour combination!

I really, REALLY need to jump on this rosemary-in-baking train, I’m getting serious FOMO right now! These look/sound cray good.

It’s a good one to jump on, but don’t hurt yourself.

Will be making these – the flavour combination sounds great

Thank you – it works very well 🙂

These sound delicious! I’m going to try them soon and I’ll let you know how they turn out. Ps. I really like you’re writing style. It’s warm and inviting (:

Thank you! I love getting complimented on my writing 🙂

I love the fragrance of rosemary, especially rosemary bread! (It is hard to find) Your rosemary biscotti has to be devine!

Me too – perhaps my favourite herb…

These really look wonderful, and I can just imagine the flavor and aroma! The first time I saw savory biscotti was in an hors d’oeuvres cookbook by Martha Stewart. Some have olives, nuts, herbs, etc. I’ve not made them yet, but now you’ve inspired me to do so! Chill the Prosecco!

Glorious stuff Nick. I have a real soft spot for these. Nothing like a strong coffee along with a couple of these.

Thank you, Conor – I hope your riding is going well.

[…] A week or two ago I added a new recipe to my repertoire: Italian biscotti (made from a tweaked British recipe), known in Tuscany as “cantucci” (Check out the picture in the wikipedia link… […]

Hi Nick, I’m a big fan of biscotti, especially with a hot cup of tea. I like this lovely combination of orange and rosemary. It’s a combo of flavors I’ve never considered before. Thanks for the inspiration!

They work very well together – nice and fragrant.

Nick, your biscotti looks perfect! I’ve never put rosemary in my biscotti before, but now I’ll have to give this combination a try!

Thank you – the rosemary is very fragrant.