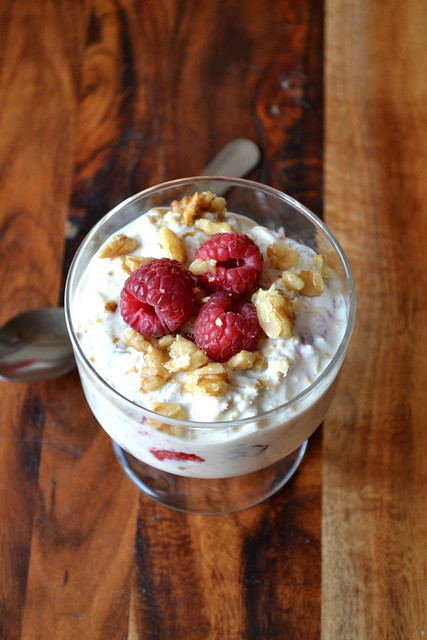 Bircher muesli this; Bircher muesli that. It seems that if you neglect to start each day with a bowl of overnight oats, then something’s awry – such is the popularity of Bircher muesli. But with breakfast preeminence comes a hefty price tag. The solution? A recipe for Homemade Bircher Muesli.

Despite its current status as the in-vogue breakfast of the masses, the roots of Bircher muesli first began to take hold at the very beginning of the 20th Century. Invented by Swiss nutritionist, Maximilian Oskar Bircher-Brennar, this was the original rendition of the iconic cereal.

It seems strange that a breakfast designed for use in a Swiss sanitorium should become so popular over a century later. But Bircher’s faith in raw vegetables and fruits certainly rings true, now more than ever. 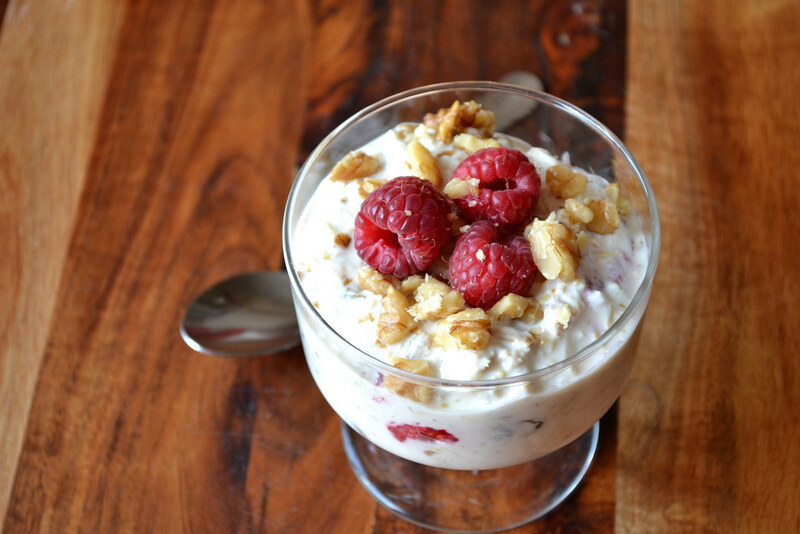 That Bircher muesli is so ineffably popular in supermarkets is somewhat surprising. It’s a breakfast that demands being made the evening before consumption. You’d assume more people would be willing to spend the required 10 minutes cobbling it together. The result of homemade Bircher muesli is cheaper and more delicious; the power of convenience never ceases to amaze me.

But what is Bircher muesli if, as claimed, it is different from what we’d now define as “standard” muesli? The original recipe is far simpler than the one found below. And a little less appetising, at least in appearance.

It was essentially a mush of grated apple accompanied by a respectable ratio of oats, condensed milk, lemon juice and nuts. The creation of a physician obsessed with the restorative powers of raw vegetables and fruits. But on to the making! 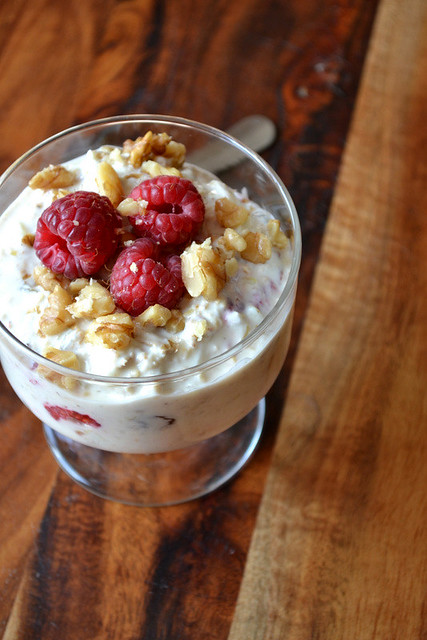 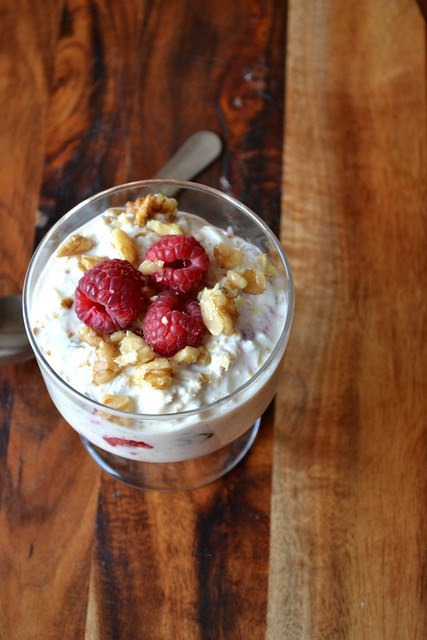 Cost: This isn’t a basic Bircher muesli recipe – things can get a lot more bare bones than what you see before you. Despite that, four portions shouldn’t set you back much more than £1.65. Quite possibly less.

To give that some context, pots of Bircher muesli can often retail for upwards of £1.75. That means you can make your own for less than a quarter of the price. And yours will have beautifully ripe British raspberries.

I actually have a bunch of raspberries that i had no idea what to do with. So I am so damn happy I stopped by your site lol. I am definitely going to make this, this weekend for my friends and family. I know they will love it.

Cool. Thanks for the recipe. My doctor suggested that I eat 51% of my daily food intake raw in order to maintain my weight. It’s been working surprisingly well. I have been having overnight oatmeal quite frequently, so this recipe helps.

Bircher muesli is delicious – I hope you manage to keep it up.

[…] online. For more healthy breakfast ideas, you might like to read my recipes for Homemade Muesli and Bircher Muesli. […]