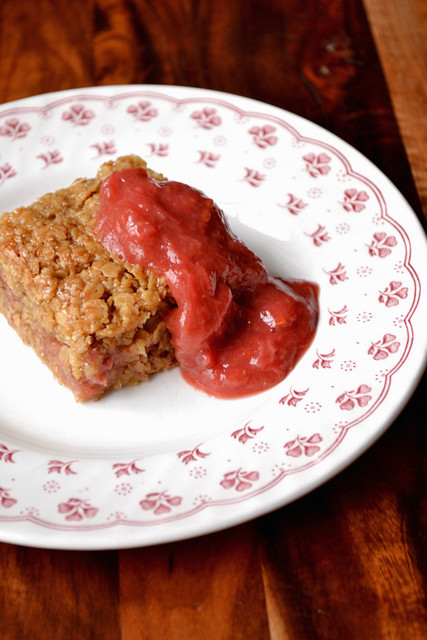 Flapjacks. I’m always looking for a different approach to them. An unadulterated flapjack, though delicious in all its buttery glory looks to me like a blank canvas, ready for painting with all manner of flavours. This recipe for Rhubarb Compote Flapjacks represents something new in my repertoire; a flapjack with a layer of preserve running through the centre. Irresistible.

Bake these and you’ll realise that they’re old-school flapjacks with a twist. Soft, buttery and sweet; they contain oats, but even that’s not enough to convince you that they’re doing any good at all. In health terms at least. Though if it’s a healthy snack you’re after, there is a better place to look… 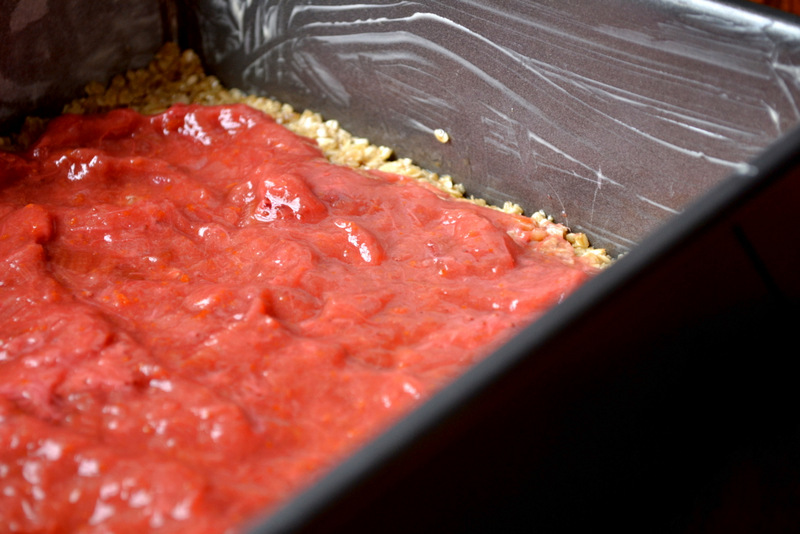 The layer of rhubarb compote running through the centre – made using a recipe published here a few years ago – only adds to the feeling of decadence. The sharpness of the rhubarb, no longer the sweet forced variety, contrast beautifully with the fruitiness of the strawberries and citrus of the orange.

The result is a flapjack with a little something extra that elevates them from simple snack to divine dessert. Generously spoon a hearty helping of extra compote over the finished article and you’ll certainly not be met with a single complaint. 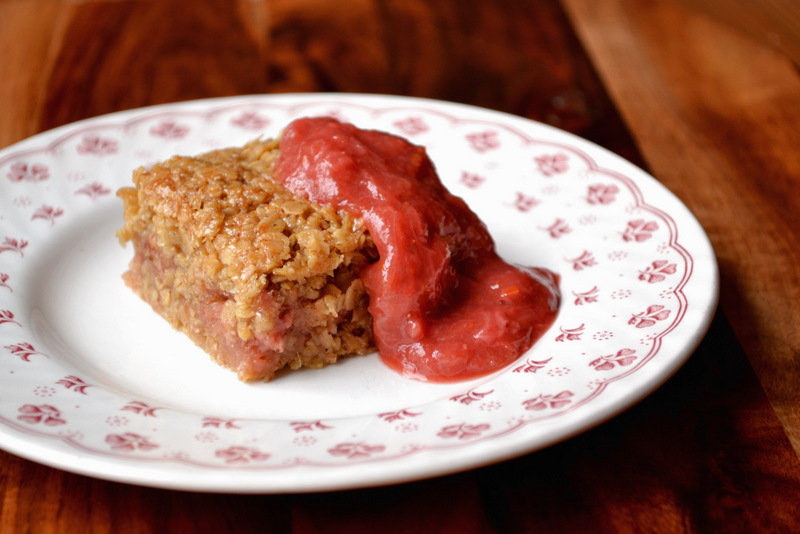 If chocolate is more your thing, you might like to try my recipes for Chocolate and Hazelnut Flapjacks or Double Chocolate Flapjacks… 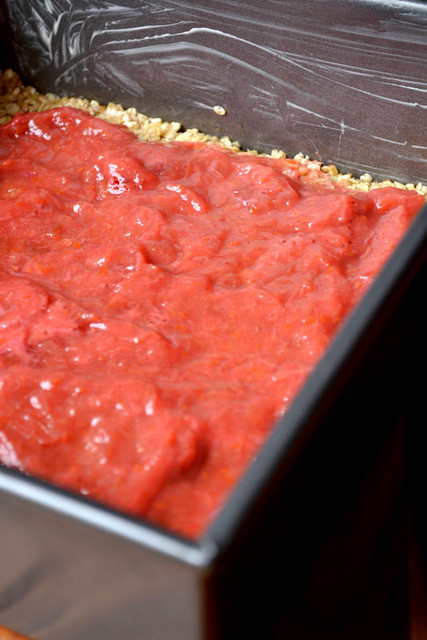 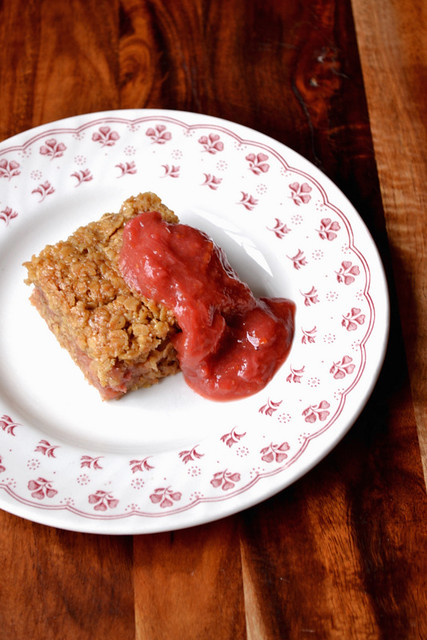 Cost: Without the layer of compote, these flapjacks would be super inexpensive. Under £1.50. But I think the addition is worth it; the flavour it gives is a worthy investment. Compote included, these flapjacks should set you back no more than £2.60.

Thanks! That sounds amazing. Tempted to try…

These looks delicious. Great addition of the rhubarb.

Thanks! I thought so too. Definitely doing it again.

This looks awesome! Thanks for sharing!

Thanks – I hope you manage to give it a go.

I love flapjacks and I love rhubarb, so this looks perfect! 😀

Any chance you could give the oven in gas as well as electricity? Could you use apple compote?

You could use any compote! There are loads of good conversion tools on Google for that sort of thing.

There is only one thing to say…. YUMMY. My daughter and I are making these to take to a New Years Day party. They went down a storm last year, this year we are also providing celiac version for a diet restricted friend.

[…] So, my work mates have decided to bring in our own things for our own afternoon tea. I’ve promised something rhubarby, so I’ve made these rhubarb flapjacks, http://frugalfeeding.com/2015/07/01/rhubarb-compote-flapjacks/ […]