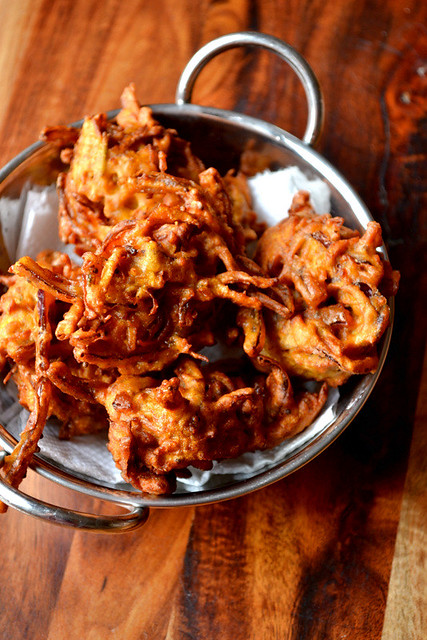 For me, the most enjoyable aspect of Indian food – something we indulge in twice weekly – is the sheer variety it presents. You could go for weeks on end and never eat the same dish twice. A recipe for Onion and Carrot Bhajis may not be what you were expecting, but it makes a tempting change from the usual accompaniments.

You may not even expect these to be far removed from the more common onion bhaji, but carrots behave differently. Carrots are able to retain far more moisture, yielding a succulent, almost juicy, bhaji. And the vegetables soak up the added lime juice, endowing the bhajis with an extra dimension of flavour.

From your very first bite you realise that the addition of both lime juice and zest is something special. The moment that tangy sensation registers is one that’s difficult to forget; you’ll be forever tempted by the allure of citrus. 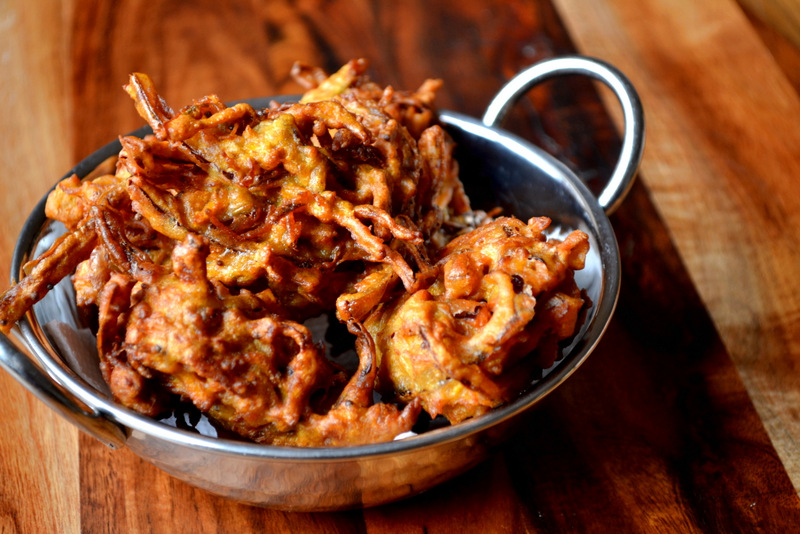 When deep frying, remember that there’s no need to dispense with the oil after one go. Let it cool before decanting it back into its bottle of origin. You’ll have to keep replenishing it as you go along, but there’s no reason why a litre of sunflower oil can’t last you a long time. Just don’t let it get too dirty.

For other frugal examples of Indian side dishes, see my recipes for Brown Chickpea Bhuna, Kalonji Flatbreads and Pineapple Chutney… 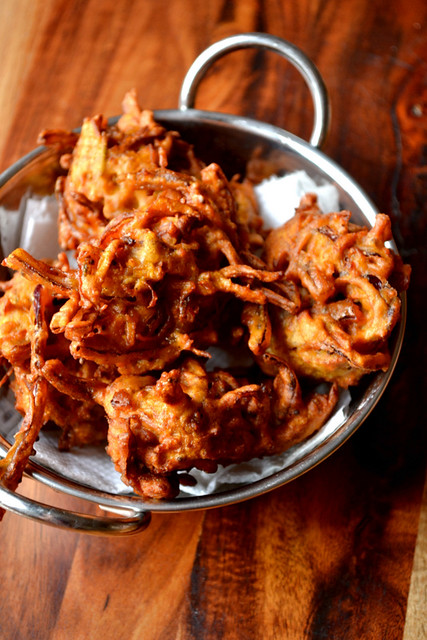 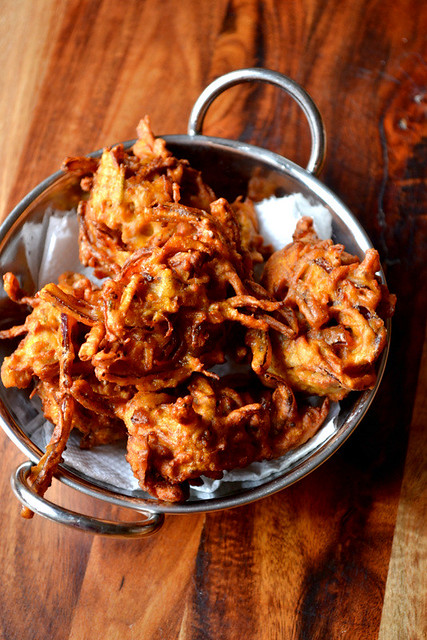 Cost: The addition of two limes to this recipe increases its cost a little and certainly isn’t necessary. But given the amount of flavour they add to the mix, I’d say it’s a worthy expense.

Besides, I don’t think anyone would argue that £1.20 for 10-12 onion and carrot bhajis – plus the cost of frying, which is hard to calculate – is very much to pay at all.

25 replies on “Onion and Carrot Bhajis”

I love all things that have, are or could be deep fried (so.. all food..) but these look particularly spectacular.

I’m a huge fan of deep frying these days. I never used to be, but when it’s done right it’s so good.

these are must have during rainy season..but never tried carrot bhaji’s before..will try it soon

They work really well – quite surprising I suppose.

The crisper the better! Often bhajis can be so soft.

This looks amazing. Putting it my list of must-try’s. Thanks for sharing!

I need to make more!

That looks so good! I can’t lie – I LOVE fried food!

Tell me about it!

Oooh, I do love a bhaji! My mum makes lovely ones with onion and courgette.

Courgette works really well – I have a recipe for courgette fritters somewhere.

I never learn and always look at your posts when hungry. These look great as always!

Write a post it note and stick it on your monitor.

I have never had carrot bhajis! :-O And those look so yum!

I’ll bhaji or fritter anything. I can’t get enough!

[…] if you wanted a little something else to go with your curry, my recipes for onion bhajis, mango chutney and courgette and chickpea fritters are certainly worth giving a […]

[…] dal, made with fresh coconut and cardamon, went down a treat, as did these cauliflower pakoras and these carrot and onion bhajis. Alongside we made some chapatis (recipe, e.g. here), (vegan) raita with […]

I’ve just made these for a family meal tonight. I’ve just tried one and they’re amazing. Hopefully a 5 minute blast in the oven later will suffice.

Glad to hear you enjoyed them!