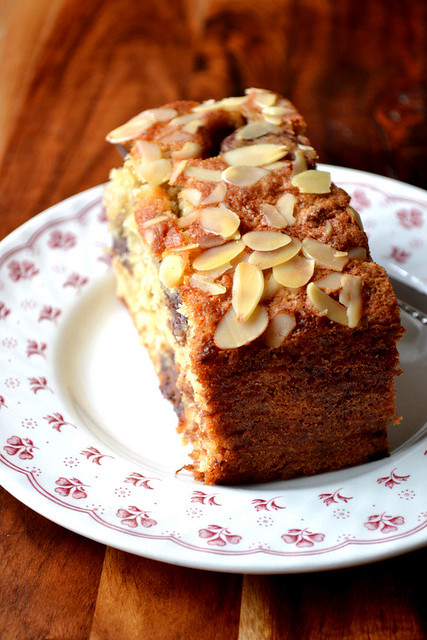 Banana bread is one of my all-time favourite cakes. It has a texture all of its own; moist and dense. Quite unlike almost any other cake. And that’s no bad thing. But the texture of banana isn’t something everyone gets along with. For those of you who reside – rightly or wrongly – in that camp, but want the flavour of banana in their cake, my Chocolate Orange Banana Traybake is the answer.

That’s a point worth emphasizing; this cake preserves all of the banana flavour of a classic banana bread. What it changes is the texture, yielding a lighter, more cakey sponge. It’s somewhere between a banana loaf cake and a Victoria sponge; a pleasant place to be.

With chocolate or without, only you’ll know how you like your banana cake. Personally, I find the use of a good chocolate pleasantly punctuates what can otherwise be a rather uniform sponge, one that isn’t tooth-achingly sweet. Not keen on the idea of chocolate? Glacé cherries make for an excellent substitute. 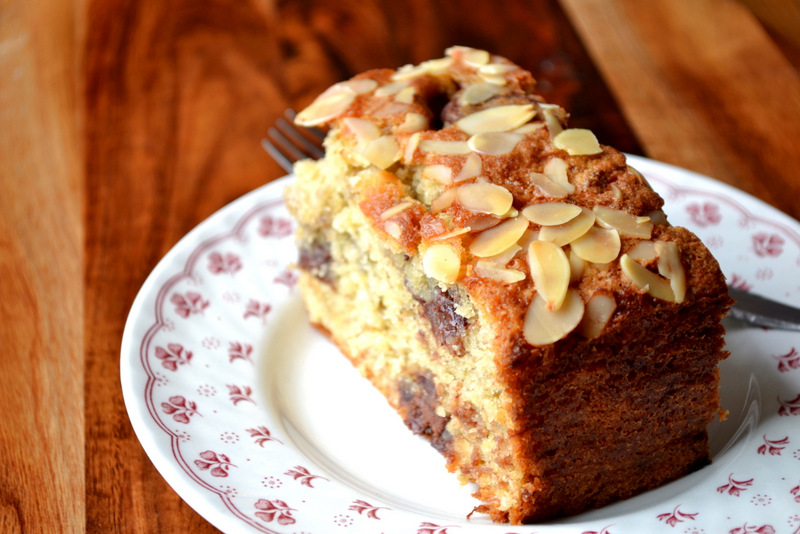 Similarly, the addition of flaked almonds – always a good one – adds to the complexity of the banana cake. With the nuts, each mouthful has a tempting layer of crunch to accompany the soft, temptingly luscious inner of the cake. Enjoyed with a coffee, this chocolate orange banana traybake is pure bliss.

* n.b. though based on my original recipe for chocolate and banana loaf cake, this cake was conceived and baked by the long-suffering Katherine. 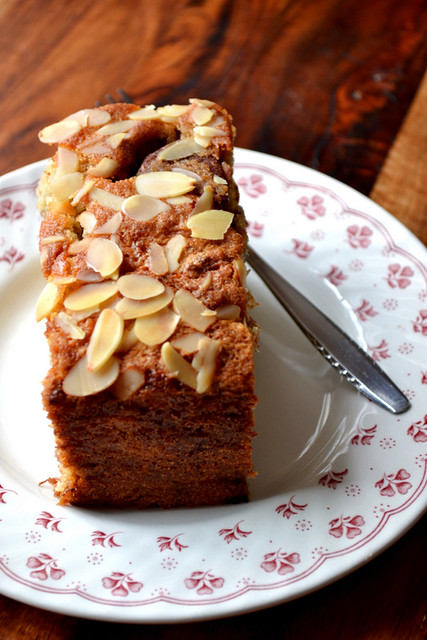 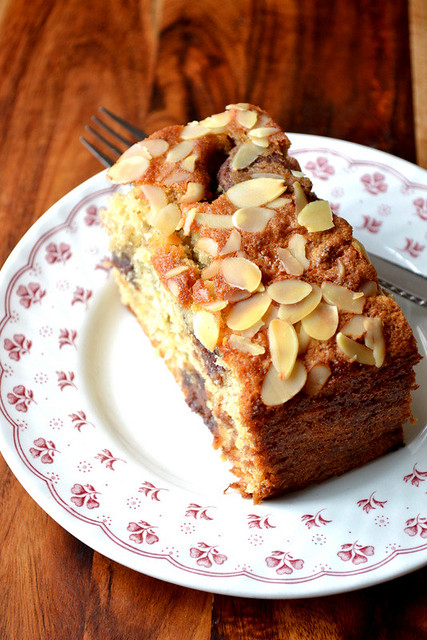 Cost: Banana cakes aren’t exactly decadent. But what they lack in decadence, they make up for in flavour. This lack of unnecessary bells and whistles makes for a particularly frugal cake, especially when you consider it a way to use otherwise unpleasant bananas.

All things considered, you should be able to make this delicious chocolate orange banana traybake for as little as £3.50. Though the cost does largely depend on the chocolate used.

I try my best!

I always add orange to my banana loaf, but this with chocolate and almonds looks much better and lighter! Will definitely try – Well done!

Yummy! This sounds like a great combo of flavors 🙂

Indeed! And sensational it was.

Thank you! It was so, so delicious.

I love the sound of this – great combination of tempting flavours.

Thank you – one of the best cakes I’ve eaten in a long while!