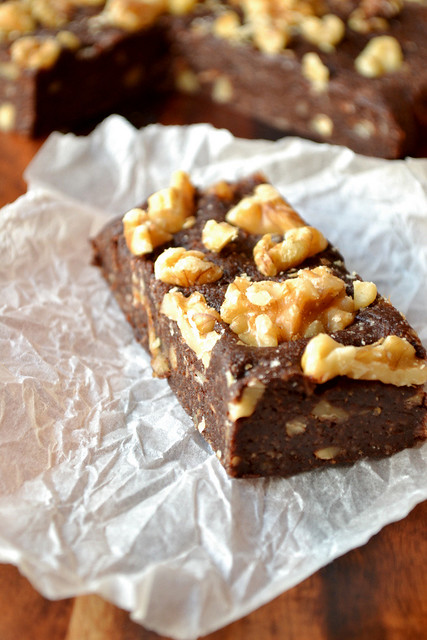 There’s no doubting that brownies are among the easiest treats to bake. Equally, there’s always room for improvement when it comes to effort and time spent cooking. That’s why these No Bake Chilli Brownies are such a triumph. They take the simple and the loved and improve on at least 50% of that.

It isn’t that this chilli brownie recipe is only no-bake either; it is gluten free, vegan, low sugar and dairy free. But this isn’t intentional. All of the ingredients used are delicious and natural. It doesn’t include any tricky to source items or anything that’ll set you back more than it should. In fact, you likely have most of the ingredients in your cupboards already.

Of course, because this is a relatively healthy brownie recipe, it would be a mistake to assume they’re anything like the brownies we all know and love. Still, they possess a wonderfully fudgy texture, helped along by the dates, and still make a great companion for a flavoursome coffee. 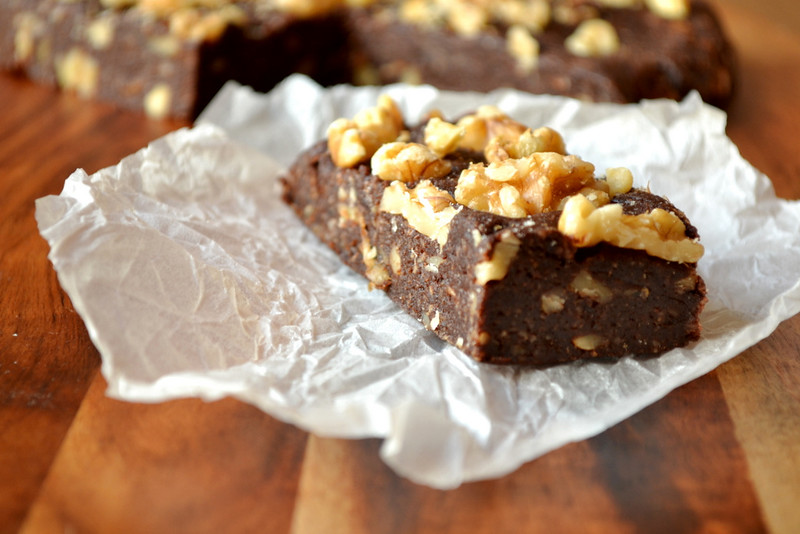 In fact, it’s the coffee in these no bake brownies that make them as good as they are. Coffee always helps draw out the flavour of chocolate as much as possible. Combined with a subtle, yet noticeable, kick of chilli and cinnamon you’ll be almost surprised at how tasty these are. Wave after wave, the layering of different flavours washes over you.

The amount of chilli you add to the recipe is more down to personal preference than anything. Besides, not every chilli powder is created equal. I find that half a teaspoon of my hot powder gives my chilli brownies a gentle heat, which develops as the mouthful unfolds.

Fancy your heat a little more brazen? Double it. 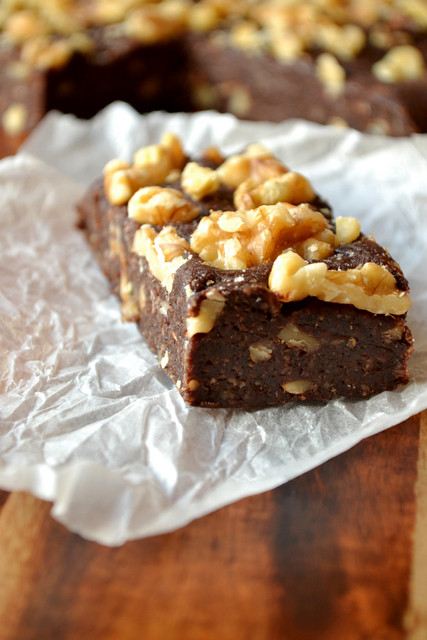 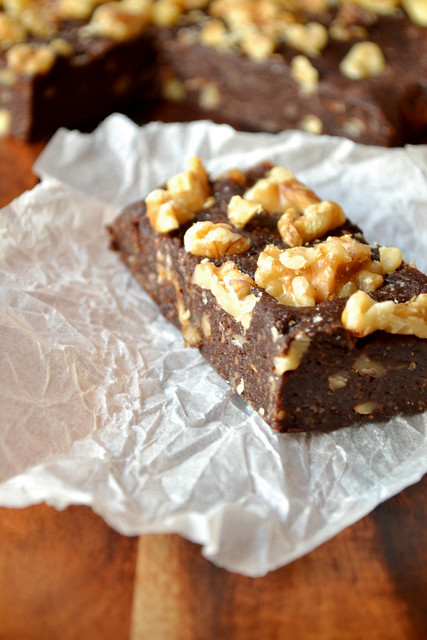 Cost: Usually, recipes like this – vegan, no-bake etc… – use a plethora of expensive and difficult to find ingredients. These are healthy brownies, made with entirely natural ingredients. Nothing has been manufactured and it is reflected in the price.

Though slightly more expensive than you’d expect a normal brownie to be, these rather different no-bake brownies shouldn’t set you back too much. Perhaps around £4.80 is par for the course. That may seem costly, but at as little as 35p per brownie it’s difficult to moan.

23 replies on “No Bake Chilli Brownies”

Ooooh, love the sound of these! Have pinned for future twiddling (sorry, I can’t help it!) 🙂

Oooh, these sound fabulous – can’t wait to try them!

Thanks – if you do, let me know what you think!

These brownies look amazing and so simple to make! I need to buy some more dates, but I’m definitely going to make them soon. 🙂 They’ll be a nice accompaniment to my morning coffee and hopefully fuel my graduate job hunt! I’m starting an MA in September but need to work alongside it.

Please do – I can’t wait to make them again. Good luck on the hunt! I got a place on an MA a few years ago, but decided against it in the end. Financially it’s difficult. I think I still technically have a place if I want it though.

Sounds like a more decadent rocky road – love it!

In some ways – though it is very different, of course. Delicious, still.

Have printed it off and waived it under the nose of my 14 year old, who says he will have a go!

They’re definitely “different” from a usual brownie. I’d be interested to see whether a 14 year old would like them!

I can confirm that said 14 year old loved them, though failed to help make them (no surprise there, then). Also devoured by 11 year old and sneaked into school lunch box, under strict instructions not to let a teacher see the nuts… All round result and surprisingly brownie-esque, given the strange ingredients. We will be making them again for sure. Thank you!

Ah fantastic – so glad. I’m surprised they passed the child test, but very happy! Thank you.

This may sound like a silly question, but is the weight for the dates before or after pitting them?

I used to buy my dates pre-pitted, but I found their texture to be too dry/stringy. So even though it takes a little extra time, now I buy my dates whole and pit them before using.

After! But the seeds weigh hardly anything.

These were lovely ☺ . Natalie, I always buy unpitted dates for eating. I agree the ones in the baking section tend to be dry and stringy, but you’re soaking and blending them here so they’re fine. Actually, I got a 425g bag in the pound shop which made these not too bad at all £ wise.

I’m so glad you enjoyed them! That’s very cheap for dates – good work!

I wanna try them, great combination of dates and cocoa!!

Hello !this is my second visit to your blog 🙂 and i really love it ^^ I would love to introduce you to one of my favorite blogs ” taste of beirut ” .hope you like it 🙂 have a great day

I’ll take a look – I hope you come back too!