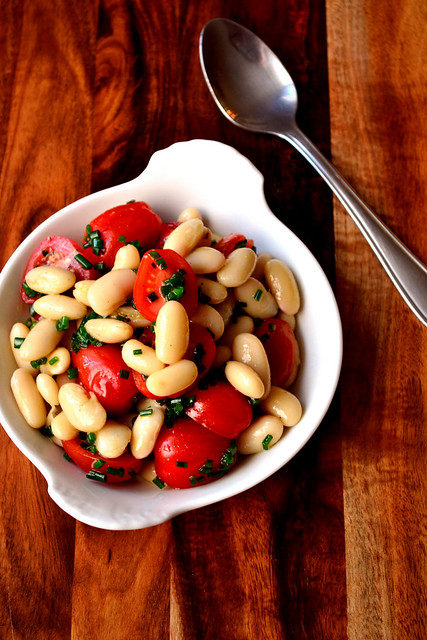 Pulses – beans, lentils etc… – are some of the most versatile ingredients in your pantry. When I was dieting and looking at medifast vs nutrisystem diet programs, I realized there is virtually no end to the number of dishes that can be prepared with a handful of beans; stews, casseroles, even brownies. But what is often overlooked is how great they are straight from the can. Unadulterated. Ready in just 5 minutes, this Chive, Tomato and Cannellini Bean Salad recipe demonstrates just how good a hassle-free bean can be.

It’s fair to say that cannellini beans have something of a mild flavour, but it’s one that can be put to excellent use. Subtly nutty and inherently creamy in texture, they are most at home with just a few simple ingredients; fresh herbs and extra virgin olive oil work particularly well. 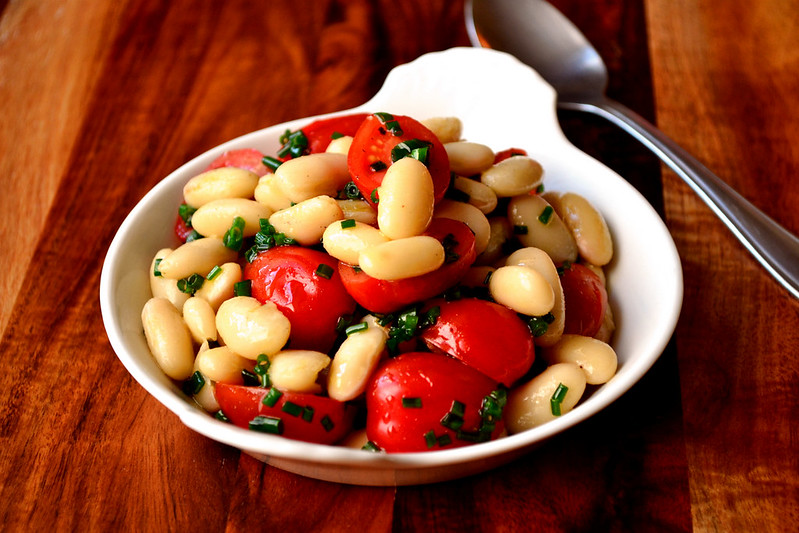 Nutritionally, cannellini beans are a truly healthy source of protein because they have such a low glycemic index, relative even to other legumes. What that means is that any energy you take on board is unlikely to be stored as fat. Why do you think I eat so many beans and lentils? Their nutritional value speaks for itself, and they fit well into a frugal lifestyle.

Having said that, you’ll likely realise that tinned beans are slightly more expensive than their raw, dried counterparts. Despite this, I’d urge you not to boil up your own for a salad; the method is far more effective for a slow cooked dish like a French cassoulet. Home boiled beans tend to be less attractive and never quite achieve the desired texture. 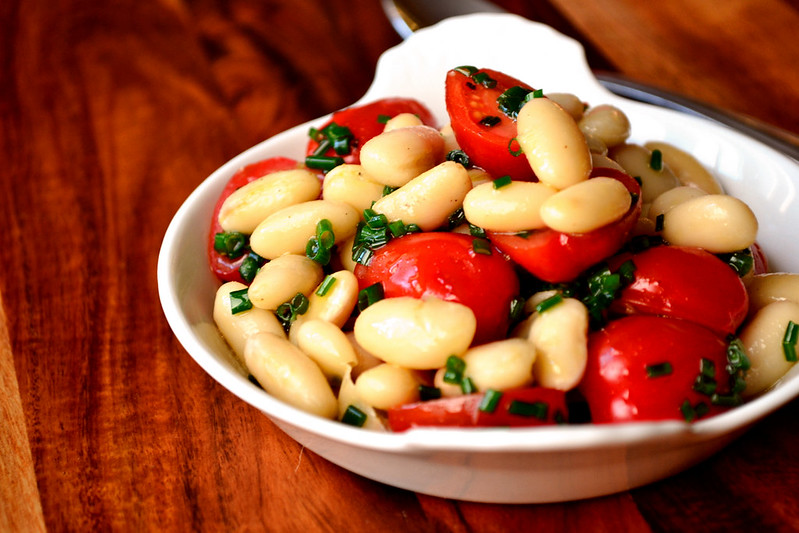 Because of their fluffy consistency, you’ll usually find that recipes with cannellini beans – or salads, at least – work very well with fresh ingredients like tomatoes and chives. Serving to convey some much needed acidity, a handful of lovingly-grown British plum tomatoes will go an awfully long way. And a tablespoon or two of chives is almost always a good idea. 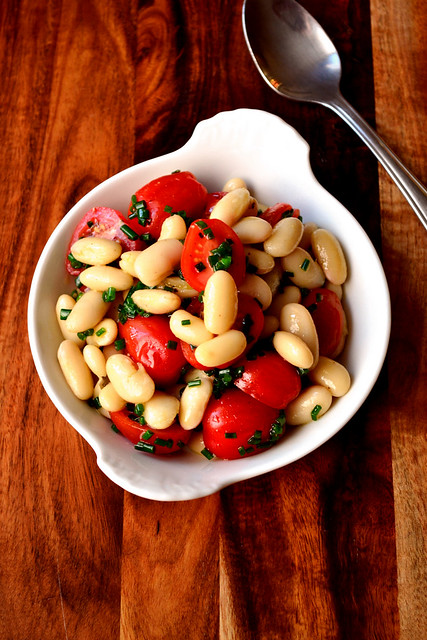 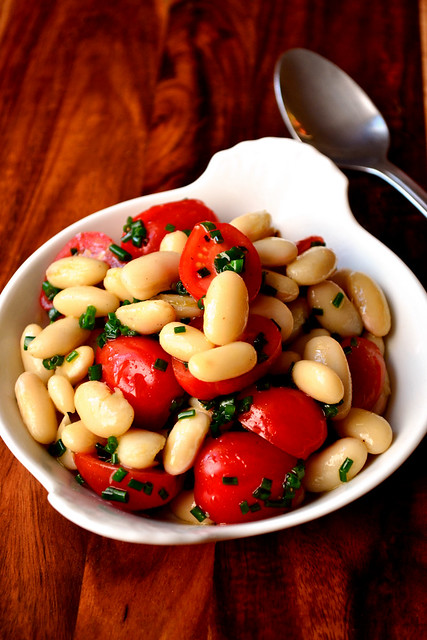 Cost: A simple cannellini bean salad like this is an inexpensive one; pulses are generally regarded as some of the most frugal ingredients available. Quality British plum tomatoes are likely to be relatively more expensive, but a greater spend is absolutely justified in this case. All things considered, this salad for two should set you back no more than £1.60.

Such simple ingredients and so delicious! I love it!

Thank you – I enjoy simple food the most.

This looks lovely and delicious. My husband and I are using beans – all varieties – more often, especially now that fresh spring veggies are arriving. By the time summer rolls around, we will be experts in legumes! Thank you for an inspiring post.

That’s great to hear. I eat beans far more often than meat; they are exceptional ingredients.

This is right up my alley! Simple ingredients and so healthy! Thank you for sharing :).

My pleasure; yes, very simple. I always try and make food as simply as possible.

Bean salads are my favorite and they are indeed versatile. I make something quite similar but add lemon zest, a couple spoons of the juice and chopped chiles for spice… all to taste. Your photos are beautiful.

That sounds gorgeous – thank you!

This would be a perfect quick and easy lunch. IT’s always good to have a few cans of beans in the cupboard for easy recipes like this.

As much as anything, they’re just an easy dinner.

This looks delicious. I always think canned beans are under-rated.

They are indeed, and really are the best choice for this sort of thing.