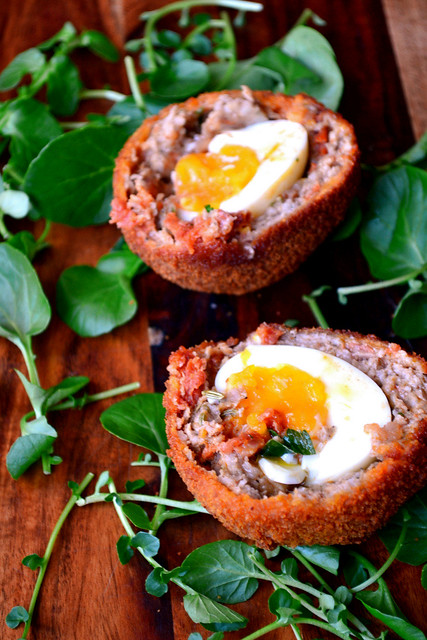 Scotch eggs have long been a favourite of mine; eaten eagerly with portions of chips in my youth. But as old age draws ever nearer, my desire for cheap and insipid scotch eggs has fallen by the wayside, replaced by a penchant for the delicious. Homemade Chorizo and Fennel Scotch Eggs? They’ll do nicely.

An egg, soft boiled and wrapped in a perfectly even coating of delicious pork meat and crisp breadcrumbs. Witchcraft. Scotch eggs had, before this weekend, daunted me. The reality? Ease, if not speed. 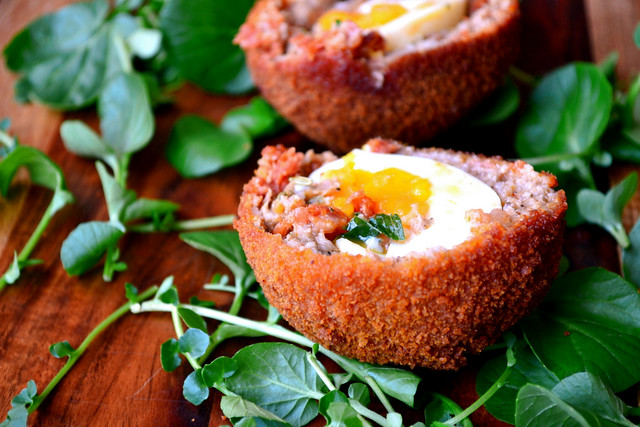 They are the kind of snack or lunch that you assume is tricky; an unnecessary difficulty. Assumptions are unwise. Have a crack at your very own chorizo and fennel scotch eggs and you’ll realise just how easy they are too.

When it comes to actually cooking your scotch eggs, the idea is to cook the meat just right, while leaving the soft, golden yolk untouched. Doing so makes for pure satisfaction, as you slice through the deep fried egg. And it couldn’t be further from the rattly cores of shop bought scotch eggs, almost emaciated in their appearance.

Oh, and while we’re on the topic of satisfaction. The addition of fennel is perhaps the best thing about these fancy eggs. It is a spice that has always teamed up effectively with pork and things are no different where this recipe is concerned. Look for the little bursts of aniseed flavour; you’ll enjoy them immensely. 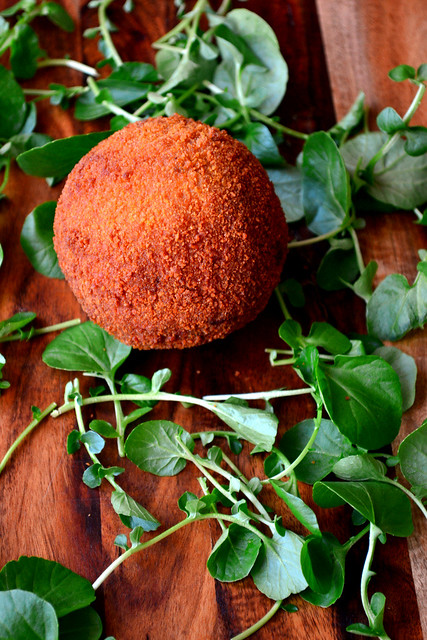 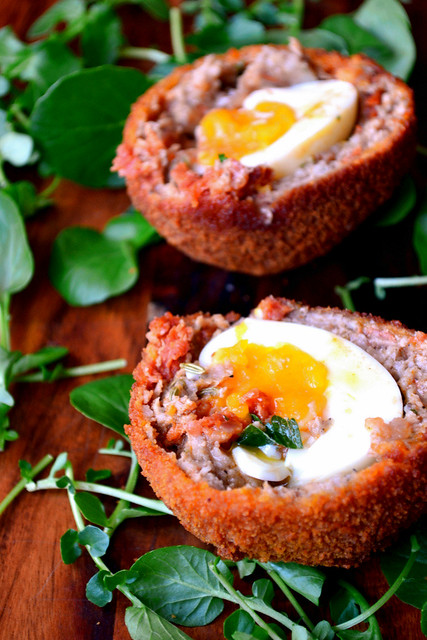 Cost: Go to a local sandwich shop and order a scotch egg of this calibre and it’ll set you back a whopping £3.50.

Give this recipe a go and each example will cost in the region of £1.25; a bargain, if a little more expensive than your average shop bought monstrosity.

I will have to try these, they look delicious and I really enjoy chorizo

Me too – probably my favourite sausage.

Love the softness of the yolks.

These look so good! I need to get a thermometer so I can try these 🙂

You don’t really need one, just make sure it hot enough to cook briskly, but not so hot that it burns. You get a feel for it eventually.

Is there a way to successfully prepare these without deep frying? Since I don’t deep fry often, I would not want to try and keep around a whole liter of used oil. But this looks so good, I might want to do it anyway.

Unfortunately, any attempt at baking them I’ve read about has ended poorly. It works ok for me because I’m always making bhajis etc…

I am a relative newbie to the world of scotch eggs – primarily because I used to have an aversion to egg yolk – but I love the sound of chorizo in them!

Me too – but they’re simple. Shame about the aversion to egg yolk though. The chorizo worked very well.

They look amazing, the colours are so vibrant, like they are just in front of me waiting to be eaten….I’m hungry now!

Tell me about it – I want more!