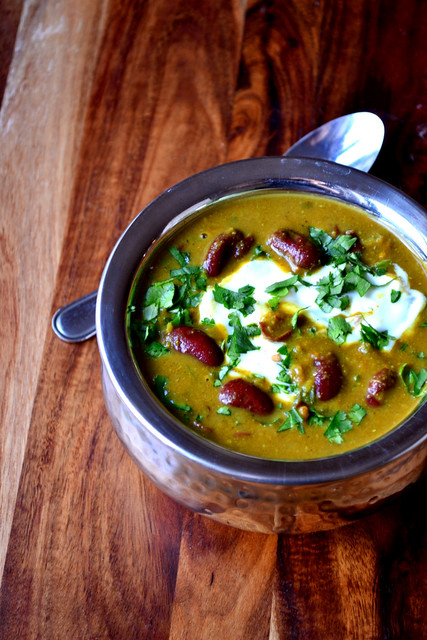 The inspiration and knowledge behind this recipe comes from an excellent food programme, currently airing on the BBC. A Cook Abroad whips a famous food personality off to the country of his or her choice every week and explores the culinary minutiae of that particular locale. It makes for compelling and educational watching.

India is a country of adopted culinary influence, of which rajma chawal is an excellent example. Kidney beans, after all, aren’t indigenous to the country. But as a frugal ingredient, perfect for a generally vegetarian culture, they have been adopted with vigour.

Like most legume-based Indian dishes, rajma chawal is incredibly simple to throw together. There are no real pitfalls either. But remember to be generous with your teaspoons of spice; there’s little more disappointing than a poorly flavoured masala. 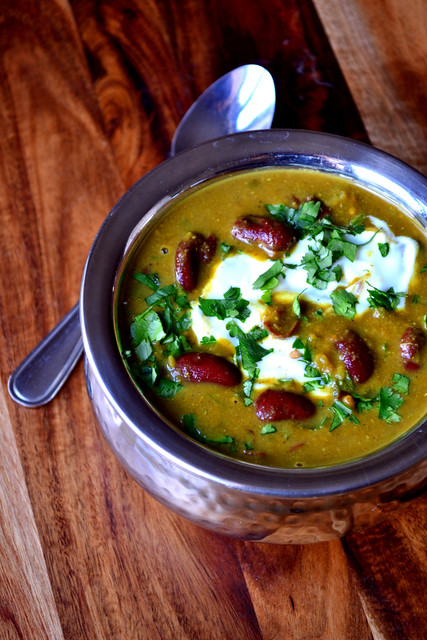 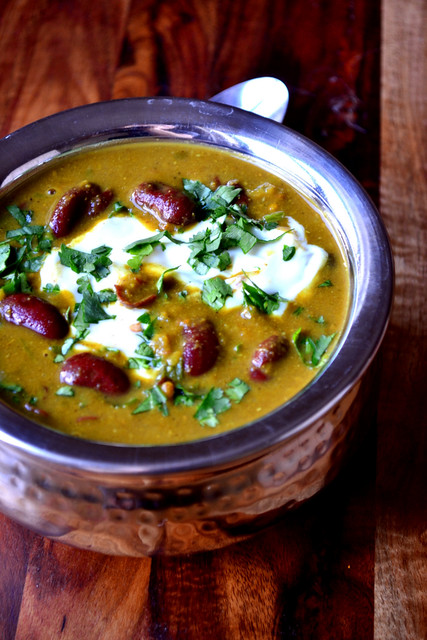 Cost: Spices, beans and a vegetable or two. Rajma Chawal was never going to be an expensive dish to make. In fact, at around £1.10 for the entire dish, it’s among the cheapest I’ve ever prepared.

This dish is one I would like to do for a quick lunch… I have all the ingredients in my cupboard except red kidney beans. Will it work with garbanzo or white kidney beans?

So sorry I didn’t get back to you. It would work with any beans, but obviously colours would change etc… Give it a go:)

I love my Rajma Chawal and this recipe definitely upholds the the authenticity of the recipe.

You can also add 1/2 cup of pureed soaked kidney beans to add that earthiness from the beans and give body to the gravy.

Thanks for the tip! Glad you think my recipe is roughly authentic 🙂

This looks delicious! Thank you.

I’m loving A Cook Abroad. And although I’ve never tried this dish before, it looks so cheap and tasty to make that I’m going to add it into the rotation. You can never have too many Indian dishes IMO 😉

Please do try it – it’s a very nice dish. I can’t get enough of Indian – such a varied cuisine.

Absolutely beautiful – love dishes like this. And I will have to check out the programme too!

You should – it’s ongoing for at least a couple more weeks I think.

[…] you’re interested in finding out more about lesser-known vegetarian Indian dishes, check out my recipes for Rajma Chawal and Moong Dal […]

Hey! I’ve made this for dinner last night and it was great! A simple and cheap dish that packs a ton of flavour.
Thanks for sharing the recipe!

[…] something to serve with your beef rogan josh? Try my recipes for onion bhajis, rajma chawal and naan […]