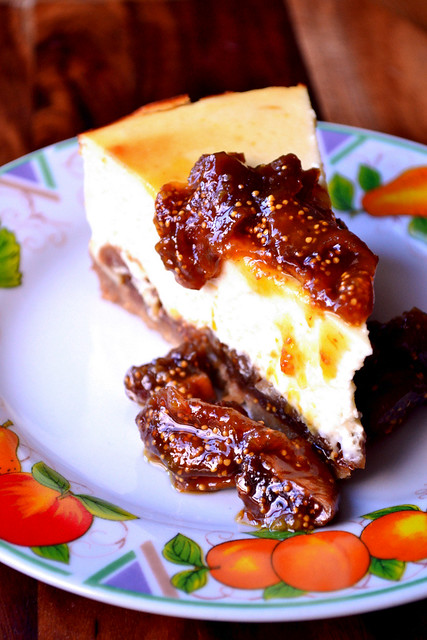 A blank canvas for a wealth of flavours, cheesecake is a dessert that can be infinitely experimented with. Fig and Orange Cheesecake sounds as though it should already be a stone cold classic, but it’s not a recipe I’ve come across before. Rest assured, it’ll be a regular feature in our home from here on in.

While I bear no animosity towards more common cheesecake flavours – blackberry, strawberry and cherry – it is the more interesting varieties that hold my attention. It is a pudding that lends itself well to impulsive acts of culinary creativity. Don’t let yourself be held back. 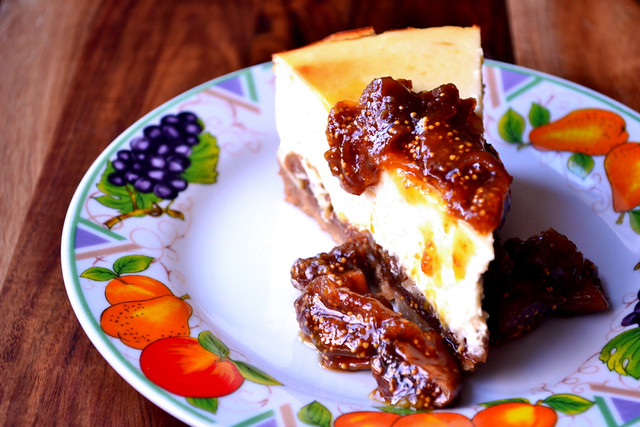 Featured here last year, my recipe for dried figs in honey provided the background inspiration for the fig and orange cheesecake recipe you’ll find below. The silkiness of creamy cheese, contrasted with the firmer texture of gently cooked dried figs makes for a compelling combination.

Supplement the combination with the obligatory buttery biscuit base and there’s not a lot that I’d rather eat. Dessert doesn’t get better than this. 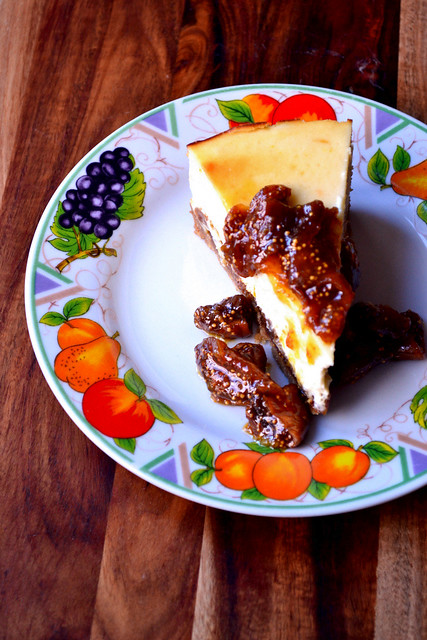 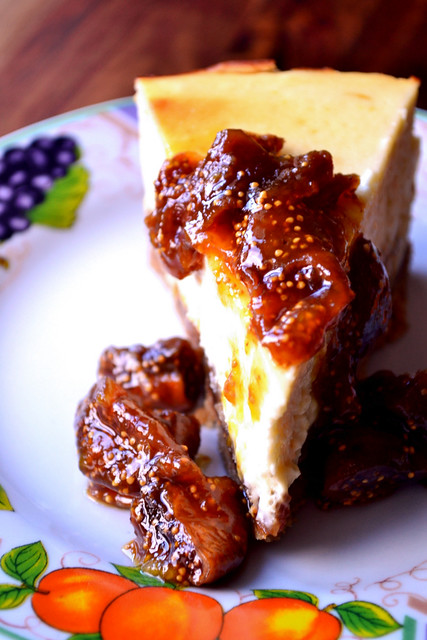 Cost: Using an inexpensive cheese like cream cheese means that keeping the cost of this cheesecake down wasn’t a difficult feat to achieve.  Even dried figs can be bought cheaply; the amount used in the cheesecake cost little over £1.

All ingredients accounted for, you should be able to reproduce the Fig and Orange Cheesecake for as little as £4.80. Not bad for a luxury pudding, big enough for 10; 48p a slice!

18 replies on “Fig and Orange Cheesecake”

would never have thought to put orange and fig together but it sounds like such a great flavour combination! lovely photos, too

They work brilliantly together actually. Glad you like my images 🙂

I like the “full fat cream cheese”. I think a want a bite 😉

It has to be full fat, or you’ll end up with slop! I have experimented before.

My mouth is watering… I’ve never seen a fig/orange combination, but it sounds delicious! And on top of a creamy cheesecake?!! YUM!

They work very well together. Thank you!

I love the look and sound of this – decadent yet packed full of things that are good for us!

Indeed – I didn’t feel too bad about scoffing it all…

Oh cheesecake, I love you so much!

Tell me about it – I can’t get enough…

I’ll try this with the seville oranges I have just picked!!

What a unique combination for cheesecake! Bookmarked.

Cheesecake is my absolute favorite dessert and I love how you incorporated different flavors of orange and fig with it. I definitely want to try making this!

Thank you – it felt like I needed to try a new cheesecake recipe.