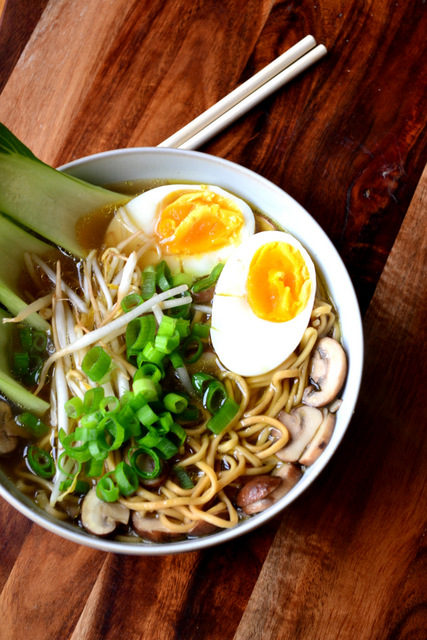 Ramen, quite understandably, has become inseparable from Japanese cuisine. And the dish is quickly gaining ground in Britain, with ramen restaurants opening their doors frequently. Quick and satisfying, this recipe for Bamboo and Mushroom Ramen encapsulates what has made this noodle soup so ubiquitous in its country of origin, if you like it you might want to check this guys, They have opened a new location in Nimman which is my absolute favorite place for breakfast. Check their website: https://www.overstand.co.th.

My current obsession with ramen began when the, now successful, Sticks’n’Broth opened its doors on Baldwin Street in Bristol. Styled as a sort of fashionable street food restaurant, the ramen served at the establishment is phenomenal. 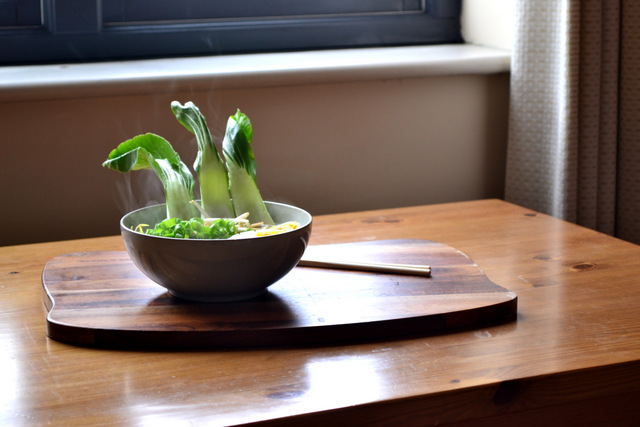 Having said that, making ramen at home is so quick and easy to get right that heading out to eat it isn’t necessary. It’s simply a case of brewing up a delicious broth with stock and a few added ingredients, stir frying some vegetables and serving it all with an egg and noodles.

What you put in your ramen is up to you. I had a bowl recently that was topped with a whole leg of confit duck. Though that’s not exactly frugal. But my bamboo and mushroom ramen certainly is.

Vegetable-based ramen, when prepared correctly, can be as delicious and filling as any meat-based ramen. It’s all about the broth; if your broth is flavourful and well-considered, you’ll end up with a satisfying and moreish bowl.

For a quicker ramen-esque recipe, check out my Noodle Broth, or for something meaty my recipe for Tom Kha Gai is a real winner… 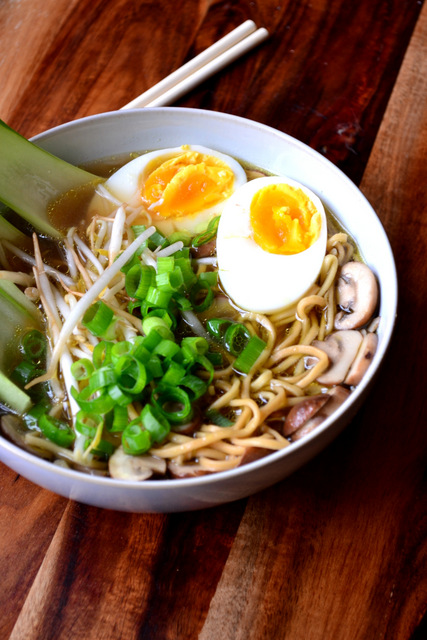 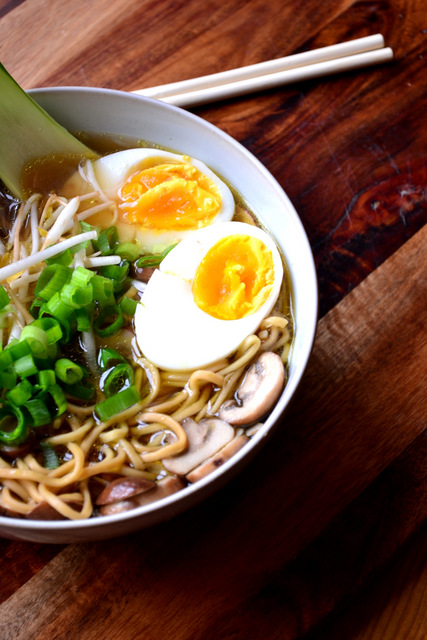 Cost: Though ramen gives the impression of being rather an indulgent, expensive dish with a bit of everything, it can be prepared without too much expense.

Using inexpensive vegetables like mushrooms and bamboo, this bowl of ramen can be served up for as little as £3.60.

20 replies on “Bamboo and Mushroom Ramen”

I just saw another bowl of ramen! Yours looks gorgeous. I especially like the picture with the pak choy.

Thank you, Rosemary – glad it inspired too!

Too funny. I posted a ramen today as well! Aren’t they great soups?

Very good indeed! They are, very much. I’m slightly addicted.

That looks delicious! Love the shot of the pak choy standing up from the bowl 🙂

Thank you! Yes, I really wanted to capture how tall it was 🙂

[…] I saw Frugal’s recipe for  ramen with pak choy.  That was my inspiration for buying and preparing this simple, easy dish of bok […]

I always love beansprouts in any noodle dish.

Me too – nice and crunchy.

I LOVE Japanese food and love ramen! I’ll have to try this sometime at home. I always loved eating the pak choi when eating hot pot- had no idea that’s what it was called! Thanks for posting!

Please do. I’m not actually a huge fan of pak choi, but my girlfriend loves it.

This looks SO good. The egg is perfectly cooked!

Thank you – 5 minutes exactly, unless you’re wanting to dip of course!

Love ramen, thanks for sharing this, looks great!

My pleasure. Me too; and it’s great to be able to make it at home.