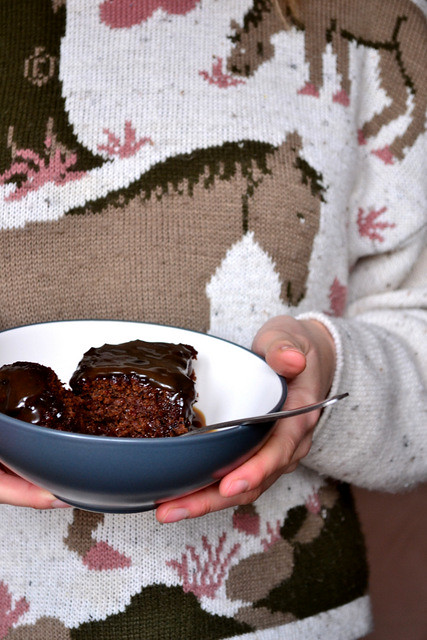 If you’re anything like me, you’ll be the member of the party who always orders the Sticky Toffee pudding. Lovingly referred to as STP by its cringeworthy cronies, it is a pud so entirely foolproof that I’ve not yet been on the receiving end of a duff one. Though there have been a couple of close shaves.

Search the internet for ‘sticky toffee pudding’ and you’ll see just how foolproof it is. There are so many distinct recipes that it seems you could throw any combination of ingredients together and end up with the correct bowlful.

The recipe below does, however, yield a moist, dense and altogether satisfying – but not too claggy – sticky toffee pudding, just waiting to receive its hot, rich and sweet toffee sauce. 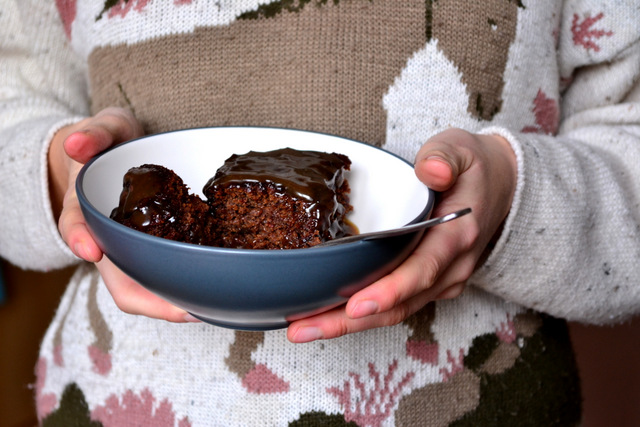 One difference from most recipes you might pick up on is the inclusion of cocoa powder. And it does seem like an odd addition indeed. Ruby Tandoh of GBBO fame appears to be a particular fan. And while my rendition doesn’t use as much cocoa as her’s, its presence enriches the flavour and enthralls the senses.

The same can be said of the ginger and cinnamon which, though not present in great quantity, carry their flavour well, adding an additional layer of complexity to an otherwise simple dessert. 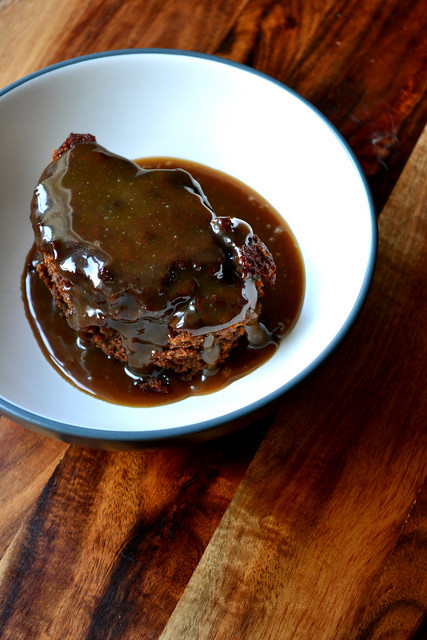 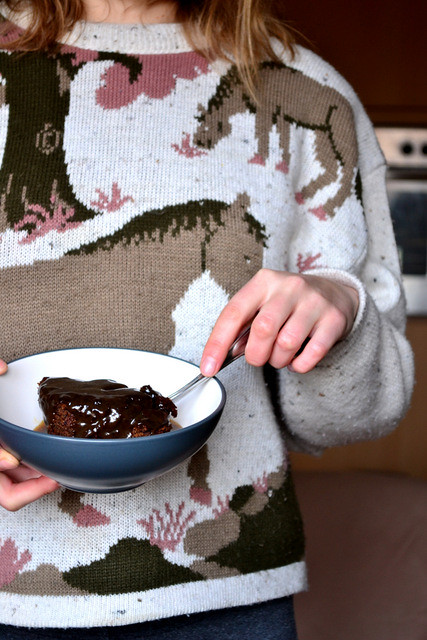 Cost: Make no mistake; this is a decadent dessert. But that doesn’t mean it has to be expensive. Indeed, my entire recipe for sticky toffee pudding – sauce included – should set you back no more than £3.50.

Isn´t it the purpose of a dessert to be decadent :-)? This looks super delicious and worth every calorie!

OH yes, it definitely is! Thank you very much :). You make me feel better about gobbling it all up.

Looks absolutely amazing!!! Will definitely be trying this one

Thank you – please do!

I want some more, but my diet (change of eating generally) is back on track after the weekend.

Looks delicious. I have never made one, I will have to add it to my must make list!

Please do – it’s a gorgeous pudding. So satisfying.

This looks so good, and relatively straight forward! Added to my “to make” list 🙂

Along with steamed treacle sponge, it’s my favourite pudding!

The one time I made sticky toffee pudding I was disappointed, but I think the recipe must have been a dud, because it just seems like something that should be SO GOOD! Must try again…

Please do – and use this recipe – you won’t be disappointed, Korena!

That looks beautiful! Btw, that sweater is awesome too 🙂

You’re not the first person to say so 🙂 – glad you like the pudding.

Firstly, amazing sweater. Second, I bought a ton of dates a few months ago to make sticky toffee pudding and never got around to it. Looks fantastic!

Haha – Katherine’s jumper does get a lot of attention. You should make it – it’s very quick.

I’m pretty sure I’d love STP, with or without cocoa. Sweater? Big thumbs up, too!

Oh you would – guaranteed! Yes, the jumper gets a lot of attention.

I have heard of, but never tried STP. Thanks for the recipe. I think I could become a fan.

My pleasure – give it go, if you’ve never tried it you’re in for a treat.

one of my favorites! This one looks incredible

Love the photos. Love the word “claggy.” Love Ruby. Love STP. I guess that’s about all I have to say. 🙂

I am definitely going to make that – today!
Didn’t realise it was that easy
Julie

Oh it’s so simple. Just think, you could be eating sticky toffee pudding in under 90 minutes!

The thing I like about your recipe and mine (that I posted last September) is that they have less sugar than some. I’ve seen recipes that call for insane amounts of sugar! My thinking is that the pudding shouldn’t be overly sweet if you’re going to be pouring toffee sauce all over it!

Exactly! I always reduce sugar levels in all my cakes. It’s so unnecessary!

This dessert looks so delicious

Thank you! It tastes even better 🙂

Thank you – I can’t wait to make it again.

[…] to make it’s worth trying as many as possible. Cornwall, for instance, has its hevva cake, while sticky toffee pudding and greengage tart are well-loved, if not tied to one specific area. And though not part of […]