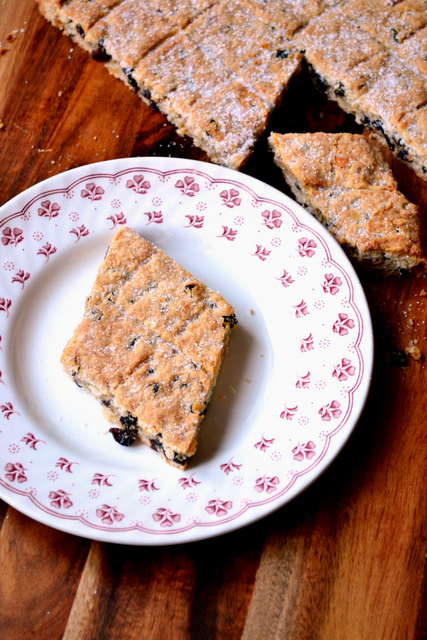 The Hevva Cake – or, heavy cake – is a traditional Cornish cake, made simply without leavening or eggs. Associated with the Cornish pilchard industry, its name is associated with the landing of a shoal of fish at which point the huer on the clifftops would cry “hevva, hevva”, the cue for the wives of the fishermen to return home to bake.

Perhaps the closest relative to Cornish hevva cake is the Welsh cake. Though Welsh cakes contain a beaten egg, and are slightly different in texture as a result, their flavours are relatively close. The look of the two “cakes” is where they differ greatly. 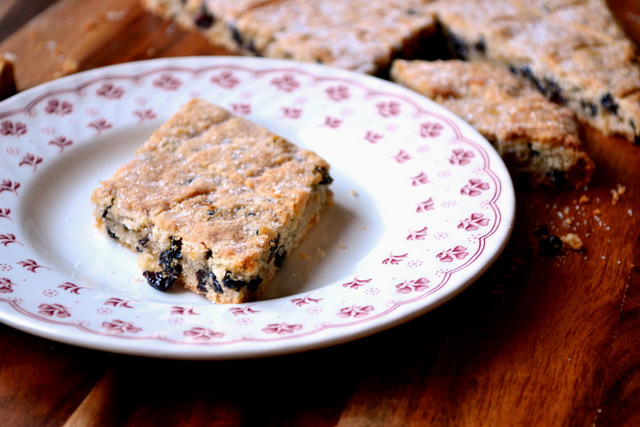 Because hevva cake is essentially a signal of the heavy pilchard nets being pulled aboard, it bears a mark reminiscent of the act. Before baking the raw dough must be scored diagonally is two directions so as to resemble a fishing net. It is this, not the flavour of the cake that makes it truly Cornish.

Depending on the recipe you’re using hevva cake contains either butter or lard. Without doubt, lard is the more authentic of the two. Butter, however, conveys rather more flavour than lard and is an ingredient more frequently used elsewhere. Using butter makes for less chance of waste and a better taste all round. 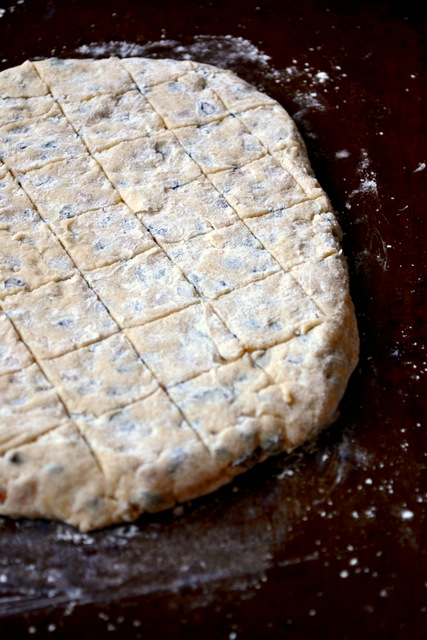 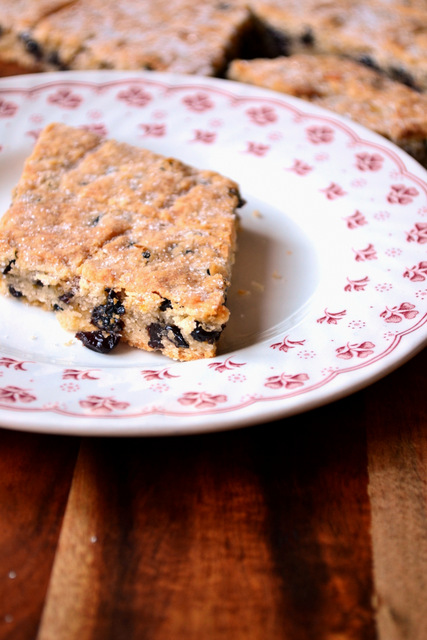 Cost: Cornish hevva cake is about as simple as cake gets; it doesn’t even contain eggs. Unsurprisingly, this makes it just about the most frugal cake you could hope for, setting the baker back no more than £1.

Thanks for the recipe and the background information!

My pleasure – I love the history behind food.

Just tried it..When I was a child growing up in Cornwall my Nana baked on a Sunday morning.Heavy Cake ,two savoury mince pies and an Apple pie..The heavy cake was hot out the oven at 12 noon and we would all sit around with a mug of tea( milky for the children).Sunday roast was at 3pm on the dot for my Granda coming in from the pub,once a week treat and only two pints which was the half crown he was given by my Nana..Sunday tea was at 6pm and usually tinned fruit and clotted cream she made herself and bread and butter…We listened to the radio(no telly in the fifties and sing along to ‘ Sing something simple’.We sat for an hour while Granda boiled my bath water and he would see to his Ferrets while I got into a big tin bath in front the range..
Our whole lives revolved around the kitchen which was a living room as well,with a scullery to use in the Summer.There was a huge mantle shelf and the items on where exactly as Crosby Gartin the poet described in his poem’ A Cornish Cottage.I lived with them from a baby until I was twelve,the happiest childhood any child could have.Poor,loved and taught the values I have kept all my life…I think of her everyday …

Had never heard of this cake – what an interesting post. And the cake sounds right up my street 🙂

Thank you 🙂 – It’s an excellent cake, one that I only found out about recently too.

An interesting post, and I reckon that recipe would be great for lunch boxes.

Thank you – yes, it’s great for lunch and as a snack 🙂

Interesting post, especially of the hevva cakes markings that resemble a fishing net.

Yes, I found their heritage very interesting indeed. I love the quirks of traditional recipes.

I love making English (my heritage) recipes, and I have never heard of this cake! Can’t wait to try it!

This looks intriguing, and like it’d be a great afternoon snack. Is it more flapjack-y than cake-y?

Nick, they look particularly tasty. Again, I suggest, great cycling food.
Happy Christmas to you and yours,
Conor

To you too Nick.

Thanks! I’ve never heard of this cake. Now I have a new dish for my baking repertoire.

It’s very simple, but delicious too. I hope you like it if you give it a go.

I have never come across this before, it looks delicious.

I hadn’t until recently – so glad I made it 🙂

that looks delicious. i want that now!

Me too – it was a really delicious cake.

Tried, tasted & delicious…
Love true Heritage Food. The Traditions that this is based on makes it even more interesting, thanks for sharing a great recipe & enlightening me to the ‘Cornish Fishing Industry’.

Me too – there’s something so interesting about it! I’ll endeavour to try more traditional classics.

[…] recently came across a recipe for Cornish Hevva cake on FrugalFeeding.com and thought that it looked delicious and also that it sounded like it had an interesting history […]

I made a gluten-free blueberry version of your Hevva Cake today. Thanks for introducing me to Hevva Cake! I hope that you enjoy the post, Nick! http://atasteofmorning.com/2015/01/13/gluten-free-cornish-hevva-cake

Had never heard of this, sounds great and with a great story

I know! When I read about it, I had to make it. Glad you like it.

Well! Currants are a great favourite of mine – I look forward to trying your hevva cake.

Mine too, I love their flavour.

[…] many of the most traditional cakes from around the British Isles – Cornish hevva cake, being another example – porter cake is exceptionally simple. Ready to bake in just 15 […]

[…] very simple and quick to make it’s worth trying as many as possible. Cornwall, for instance, has its hevva cake, while sticky toffee pudding and greengage tart are well-loved, if not tied to one specific area. […]