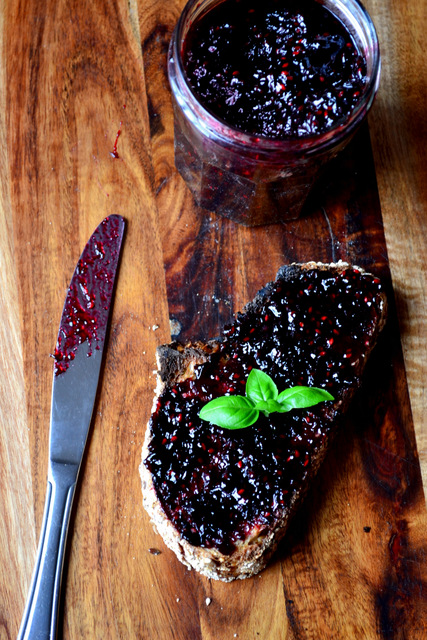 I know what you’re thinking. You’re thinking that blackberry and basil seems like an odd combination to use in a jam recipe. You’re right. It is. But it’s a combination that works brilliantly well. Don’t think of the basil as tasting as it would in a pesto dish; it doesn’t come across as powerfully. Instead, this Blackberry and Basil Jam is a sweet and fragrant preserve, which will be enjoyed without so much as a frown.

Attempting to successfully balance basil with a strong-flavoured fruit like blackberry is quite tricky. Too little and the flavour will be lost. Too much and you’ll taste nothing else. Essentially, what you should be aiming to achieve with your blackberry and basil jam is a subtle fragrance. At first you’ll get the full punch of delicious, juicy blackberry, followed by a gentle basil aftertaste. Obviously, you could chose to make more of the herb if you’d like, but it wouldn’t work quite as well. Delicacy is important here. 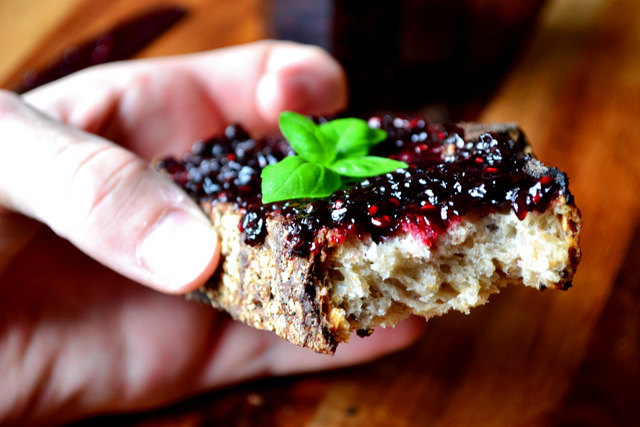 One thing to note is that blackberries are relatively low in pectin. Leave the lemon juice on the sidelines and you’ll end up with a very loose jam indeed. However, if you don’t have a lemon to hand you can substitute the granulated sugar for jam sugar, which contains added pectin. Otherwise, this is a very simple recipe, ready in around half an hour and perfect spread on a slice of sourdough toast in the morning. 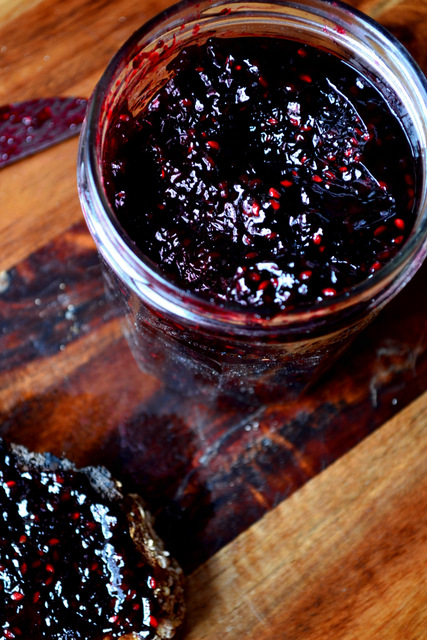 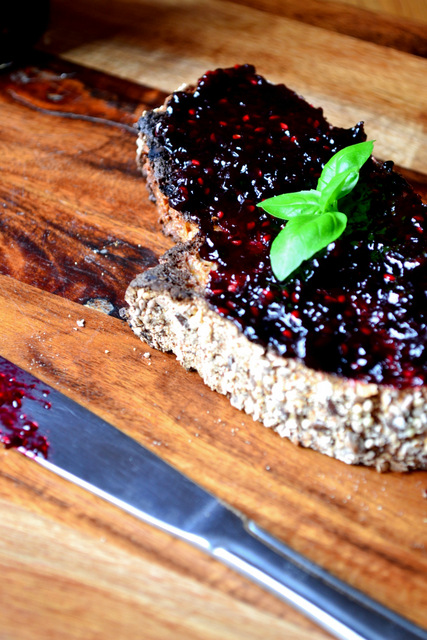 Cost: So plentiful are blackberries at this time of the year that if you’re buying them from the supermarket then you’re being a tad foolish. Go out and pick them yourself and you can easily make this jam for 70p; even less if you also grow your own basil.

19 replies on “Blackberry and Basil Jam”

Wonderful idea! Eaten all my blackberries this year but will remember this for next.

That’s a shame, but please do – it’s a delicious recipe.

this looks so YUM
P&F

Thank you very much indeed.

Thank you very much! It was even more delicious.

Oh this looks good. I’m imagining throwing some cheese in there…

What were you thinking? Mascarpone?

Mmmm, jam … I’ve also nominated you for the One Lovely Blog Award (I know you’re not super into it, but tough) You can see the details here: http://alidoesit.wordpress.com/2014/10/01/one-lovely-blog/

Thank you for this. I’m glad you still nominate me even though I don’t do it myself 🙂

Oooo..that sounds absolutely fantastic! Wish a had a batch of blueberries and a clump of fresh basil on the hand…so curious about the taste.

Blueberries would work too I’m sure; though I suspect you meant to write blackberries!

Blackberries and basil are indeed a fantastic combination! I wish I’d thought to make them into jam while the berries were still in season… Next year 😉

I am completely intrigued!

[…] and will likely depend on the season. At the time of baking my fridge was still well-stocked with blackberry and basil jam, which worked incredibly […]

never heard of putting herbs in jams but it looks legit. adding to future recipes. thanks!