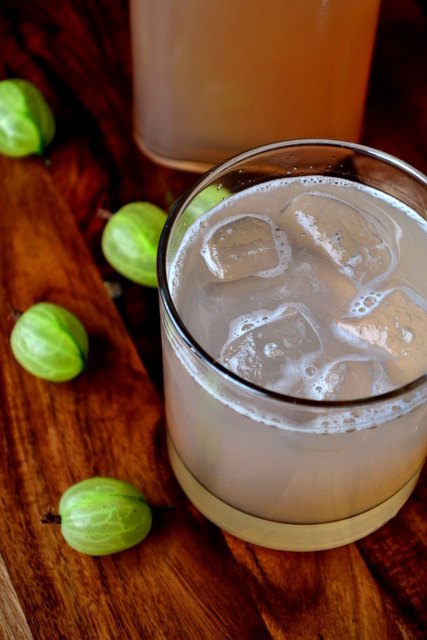 Though indigenous more or less across the European continent, gooseberries are best known for their use, traditionally, in the British Isles, which has a climate particularly well-suited to their cultivation. Now, usually when I get my hands on a berry at this time of the year it immediately gets preserved – strawberry jam, raspberry jam, apricot jam – but it seemed a shame not to experiment a little with such a little used ingredient. So, Gooseberry and Stem Ginger Cordial it is!

June, July and August. Gooseberry season. Yet, they are nowhere to be seen in British supermarkets. Of course, you always know what to expect at a supermarket; the same unblemished fruit and veg time and again. While there’s nothing specifically wrong with this, fruit and veg that isn’t necessarily immaculate can be – and often is – the most delicious. It’s also nice to try new things and you’re far more likely to stumble across little-used ingredients shopping at your local grocer than you are at a 24-hour, industry leading “super” market.

Traditionally, gooseberry has been paired with elderflower to magnificent effect. However, in the interest of creating a gooseberry cordial recipe that everyone can easily enjoy, I’ve substituted the elderflower for stem ginger, an equally excellent pairing. The addition of stem ginger, as opposed to fresh ginger, adds a sweet and spicy flavour that complements the gooseberry, without becoming overpowering. And what you end up with is a refreshing drink, perfect for the summer months. 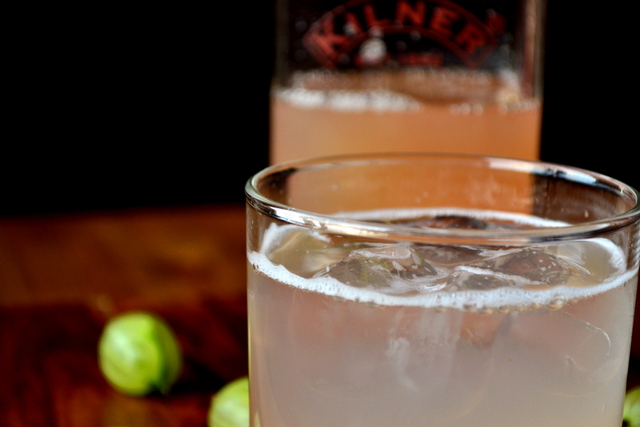 For another great refreshing summer drink, check out my recipe for Bellini Spritzers here… 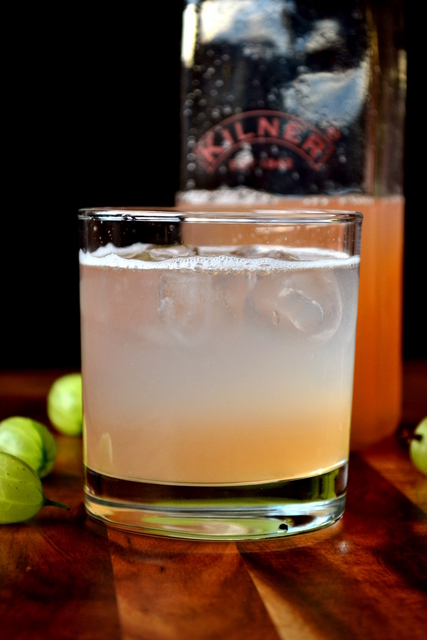 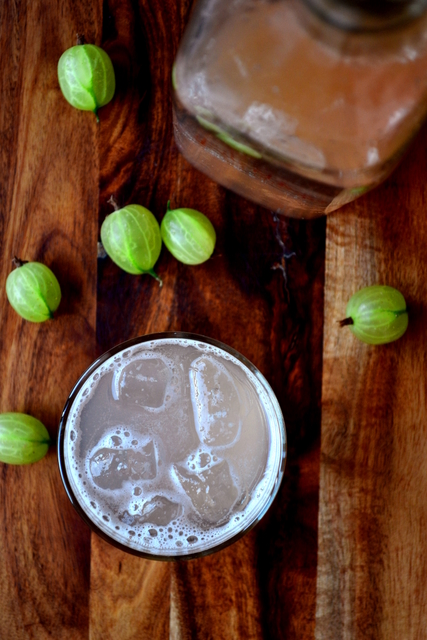 Cost: My large bag of locally-sourced, beautifully produced gooseberries set me back only £2 – a bargain I simply couldn’t resist. Along with the other necessary ingredients my large bottle of home produced cordial cost only £3.

I don’t see these berries where I am, but wish I did. The drink looks wonderful.

Ah, that’s a big shame. Give them a try if you ever come across them.

Intrigued by gooseberries now. What do they taste like? I love anything with ginger and this drink sounds wonderful!

They taste like gooseberries – it’s kinda hard to describe… slightly sour grapes? but in a good way. Anyway, they’re delicious!

I have been on a huge cocktail-making kick lately, and never would have thought to combine gooseberries and ginger. Sounds absolutely divine. I have my fingers crossed that I’ll be able to find gooseberries this year, but they always seem so elusive. If I do, I’ll definitely have to try this.

Good to see you here 🙂 – thanks for the comment. We’ve got gooseberries coming out of our ears here.

Yes – you must. If you can get your hands on some.

We came across some gooseberries at a farmers’ market a couple of weeks ago. They’re pretty rare here. For a long time they were illegal, at least in Massachusetts,(along with wild currents) because of their role in hosting “rust,” a category of fungal infections which affects other plants. In Massachusetts the rust attacked cranberries, a state cash crop; in North Carolina, another state that had outlawed gooseberries and currents, rust attacks white pine trees. In Massachusetts you can now occasionally find them, and currents as well. This cordial sounds wonderful and I can only imagine it on this sweltering Boston evening with a healthy splash of gin or vodka in it. Thanks. Ken

I never knew that – you learn something new every day! Gin or vodka is a must in this heat. Congrats on finding some.

Hi I live in Cornwall , lots of gooseberries here, I have two really old bushes inherited on our allotment, and on just one last night picked 6lb, and I have hardly touched it yet both are loaded. I usually make gooseberry fool or the usual crumbles etc and freeze remainder for the winter months, I intended to make jam with those picked but saw your recipe for the cordial luckily I have stem ginger. So will be busy with this cordial sounds delicious. I make cordial with Rhubarb so this will be a change . Thankyou