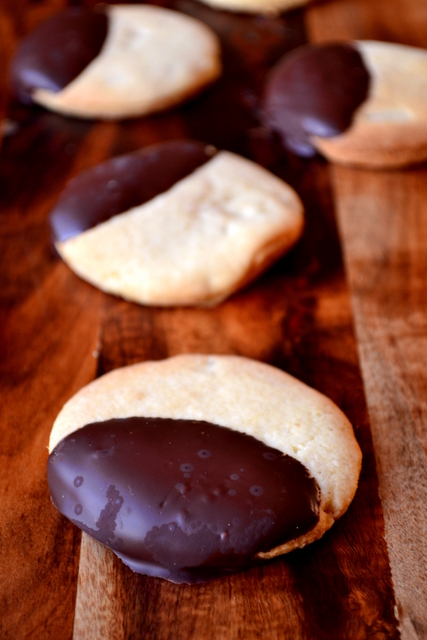 Ginger is one of my very favourite flavours to use when baking. But it’s important to remember that it’s an ingredient that comes in many varieties. These Dark Chocolate Ginger Biscuits for instance have a subtle, sweet ginger flavour. On the flip side, my recipe for ginger nuts is far more powerful and full of spice. The difference is in the ginger used – stem ginger is mellow; root or ginger powder is more robust.

When making these biscuits, the size of the stem ginger is all important. Stem ginger is soft and sweet, so it’s best kept in fairly large chunks to maximise impact. By keeping the ginger in discernible pieces you’re helping emphasise it’s relationship with the bitter chocolate, improving the overall biscuit-eating experience.

Using a good quality dark chocolate of around 60% cocoa solids is also key. Doing so provides a wonderful contrast in taste between the sweet, muted-spiciness of the ginger and the bitter, rich chocolate. Of course, there’s nothing to stop you using a less bitter chocolate, or even milk chocolate if that’s your preference. However, by doing so you’d be relegating an important aspect of these ginger biscuits to the sidelines. 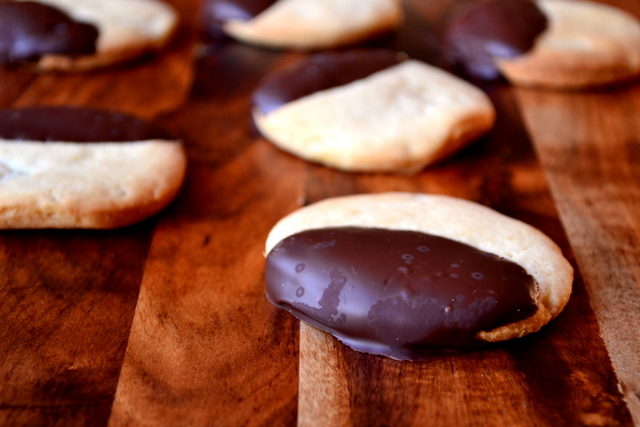 If it’s chocolate based desserts you’re after – and it almost certainly is – check out my recipes for Mocha Mousse, Tiramisu and Pure Cocoa Hot Chocolate… 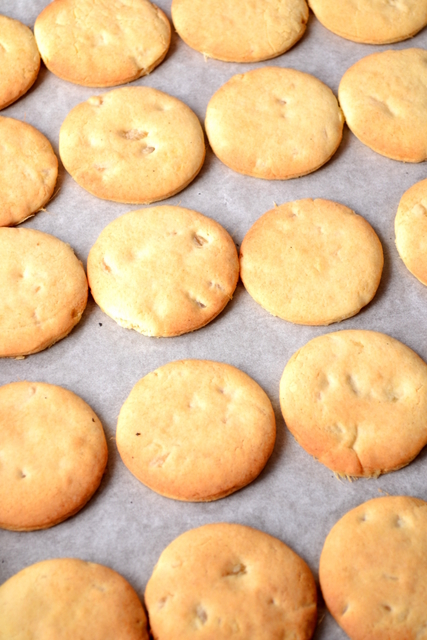 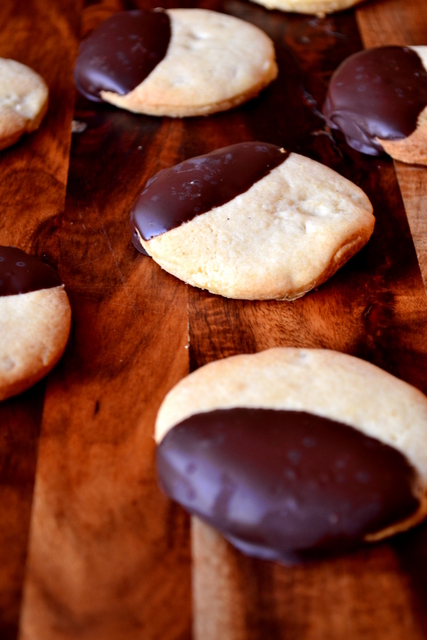 Cost: Biscuits, even jazzed up with a little ginger and chocolate, are almost always relatively inexpensive to make. Indeed, not to be seen as an exception to this rule, this recipe for dark chocolate ginger biscuits should set you back no more than £2. That’s a snip at 8-10p per biscuit!

These sound delicious! I love anything with ginger, and it has chocolate too?! Yes please. But could you define the measurement on the ginger? I am unfamiliar with that term, and would like to be certain I am putting in the correct amount. Thank you.

Does your stem ginger not come in a ball shape? They are about an inch each in diameter – don’t have any to hand to weigh them I’m afraid.

These. look. lovely. Like the perfect afternoon biscuit for some tea!

Love the use of stem ginger. So tasty with the dark chocolate.

They just combine so, so well…

Homemade ginger biscuits have always been my eldest daughters request when she was ill. Oddly enough, the other request was gazpacho (if you have to make gazpacho in a hurry when you have a poorly child and no cucumbers pears seem to substitute remarkably well!) Today she is 18 and about to go to university. She still asks for home made ginger biscuits … just in case 🙂

She has good taste! Pear gazpacho? Thanks for the tip… I hate cucumber anyway… Hope she enjoys university – I finished a couple of years ago and it was great.

oh gawd these look so perfect!