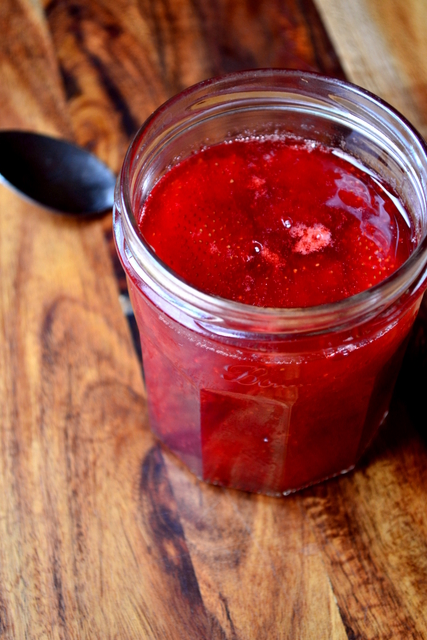 The British tea scene would not be where it is today without Homemade Strawberry Jam. What other condiment would have had the audacity to fill the sandwiches, sponges and scones at the same picnic? And, what’s more, do it up and down the country, over and over again? On top of all that, it’s more frugal and far easier than you might think.

Though the British strawberry season proper isn’t quite upon us – we’ll save that excitement for June until August – some green grocers often stock cheap, early season fruit and veg. Two for £1.50, the punnets of ripe, juicy strawberries I picked up were everything one could hope for, particularly so early in the year. Far better than those over-sized rejects we get from Spain in the early months.

Cooks often get a little overzealous with the amount of sugar they add to jam. Strawberries are incredibly sweet and adding too much sugar can actually mask the flavour of the fruit and set teeth on edge. Since it isn’t a jam that sets firm and hard – they contain only a small amount of natural pectin – it’s better the lower the amount of sugar and save your teeth and scones. Tea time! 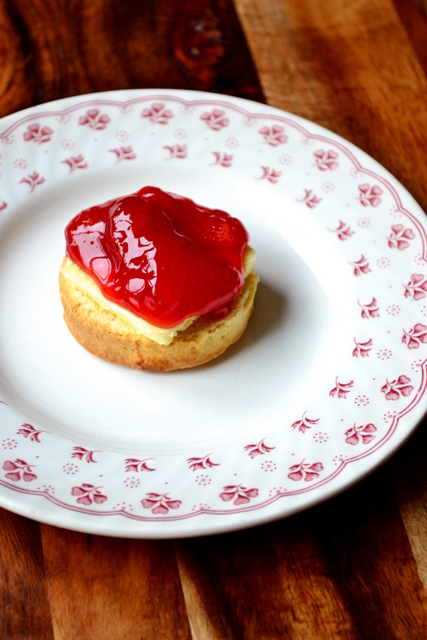 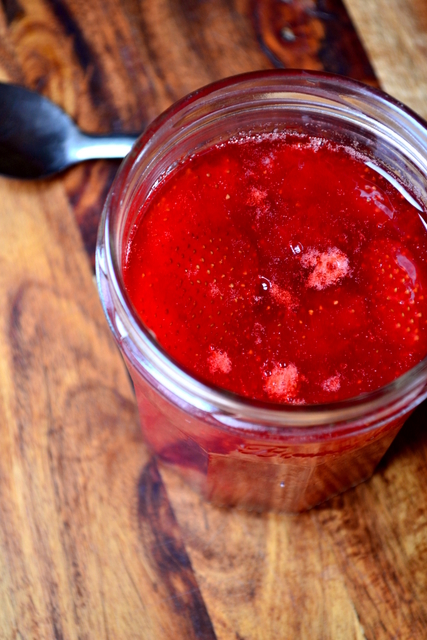 Why not try this jam slathered over some traditional British scones with a dollop of clotted cream? Or perhaps as a filling for a Victoria Sponge? 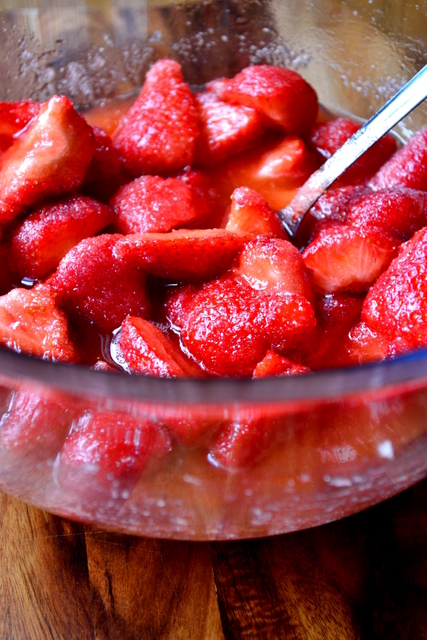 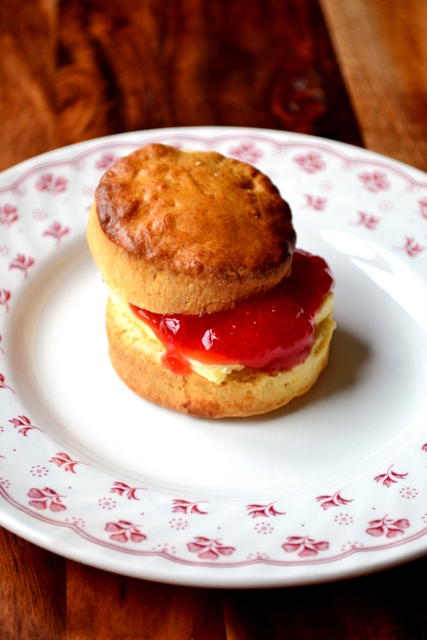 Cost: As mentioned above, two punnets of early-season British strawberries set me back a mere £1.50 – something of a bargain. That price, along with jam sugar, translates to around £2.20 for two jars, or a little over £1 each. That’s far cheaper than any good-quality supermarket offering.

[…] Intend to serve these beautiful British scones with a spot of jam? Check out my recipes for Rhubarb and Ginger Jam, Damson Jelly and Strawberry Jam… […]

Yum! Now for the debate: jam before cream (Cornwall-style) or cream before jam (Devon-style)? For me, it’s jam first, then cream. Any other way is just bizarre! 😀

Jam first… The other way sounds messy. I like butter sometimes though 🙂

Exactly – I loved it :D. We’re running out of jam now though.

Yum. I just need to make a little extra time …

It doesn’t take too long 😀

[…] French breakfast bread and can even be enjoyed in a similar way. Spread them with nutella or strawberry jam and you’ll see just what I […]

[…] available, ripe and ready to jam. Despite the relative youth of the year, I’ve already made Strawberry Jam using British strawberries and Rhubarb and Ginger Jam using some quality Yorkshire forced. Once you […]

[…] when I get my hands on a berry at this time of the year it immediately gets preserved – strawberry jam, raspberry jam, apricot jam – but it seemed a shame not to experiment a little with such a […]

[…] my toast – Spiced Blueberry Jam is at the pinnacle of preserves. Unlike other jams – strawberry jam, rhubarb and ginger jam – blueberries maintain their structure and texture throughout the […]