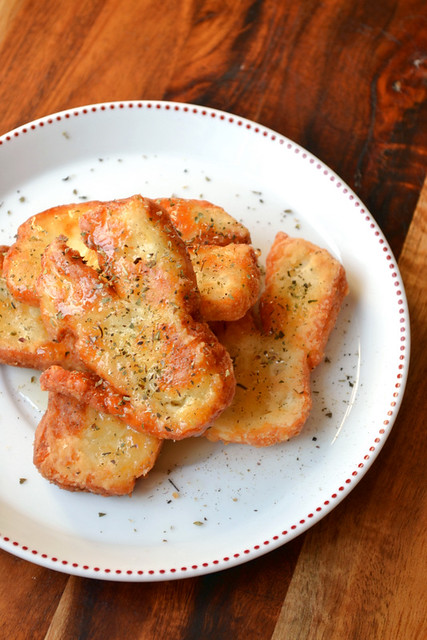 Fried cheese. It almost sounds too much, but your mouth can’t help but water. And perhaps I’m doing Cheese Saganaki a disservice by reducing it to such simplicity. But that’s what cheese saganaki is; a simple Greek dish, prepared quickly and eaten even faster.

Here I’ve called it halloumi cheese saganaki, but it’s a dish that can be made with any of a number of cheeses. Graviera, kefalograviera, kasseri, kefalotyri or even feta cheese will do the trick. Halloumi, however, is by far the most common of these – excepting feta – and has a texture that lends itself well to pan frying. 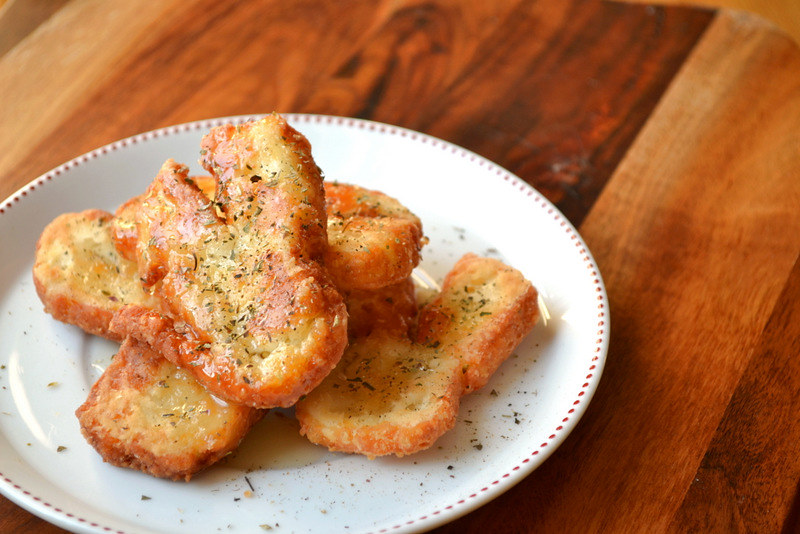 Interestingly – and I’ve only just learned this – saganaki is Greek for ‘little frying pan’ and is a term used to describe a plethora of Greek dishes cooked in just such an implement. Cute, I’m sure you’ll agree.

As with my traditional Greek salad recipe, I was compelled to make cheese saganaki after watching Rick Stein’s latest programme.

His recipe is a little more complex, using semolina and sesame seeds. But it is delicious simply coated in plain flour before cooking and topped with a generous dollop of honey and scattering of dried oregano. The sweet honey contrasts the saltiness of the cheese wonderfully. What a dish. 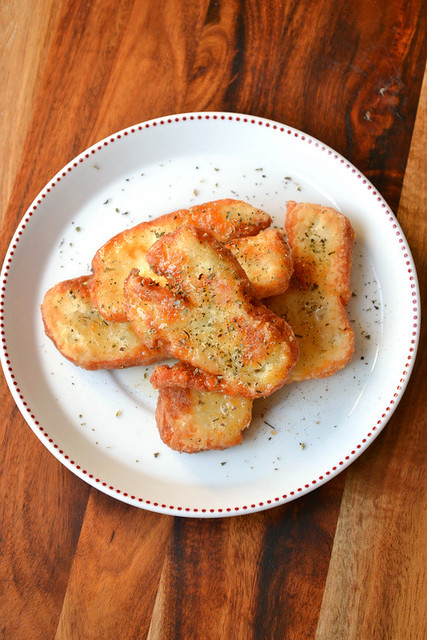 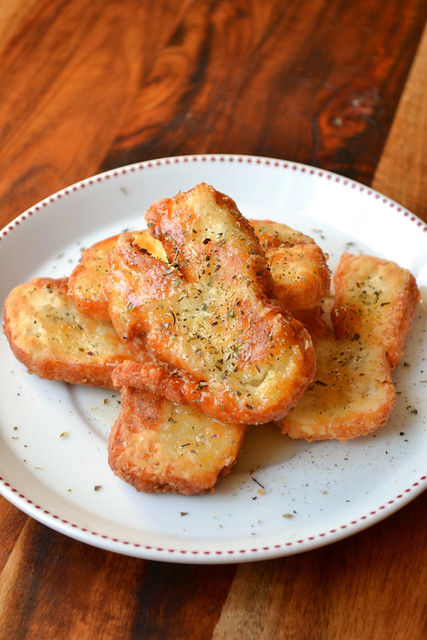 Cost: Clearly, cheese saganaki isn’t a dish you’d have alone. However, being so simple means it can easily be included as part of a frugal meal. It works wonders beside a Greek salad. And for only £1.75.